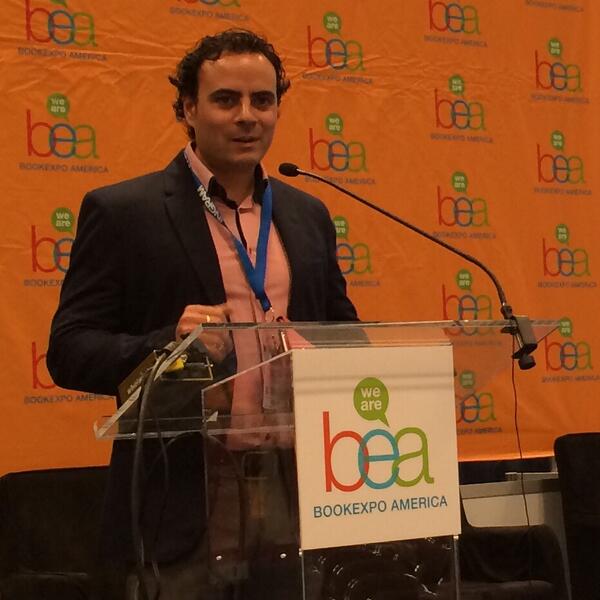 With Pentian’s model for crowdsourcing books, it turns the backer into a self-interested investor. But like with any investment, one must be willing to gamble.

Today’s feature article looks at the US launch of Pentian, a book crowdfunding site that pays backers of a book 50% of the profits from the sale of the title, with 40% going to the author and the remaining 10% to Pentian.

Co-founder Enrique Parrilla told our reporter Dennis Abrams that the platform offers a win/win for authors and investors: previously it was up to self-published authors to support their own promotion and publicity, now backers are financially invested in helping to promote book sales as well. Pentian launched their US campaign at BEA.

In essence, it turns the backers themselves into the de-facto publisher, with an interest in choosing the titles and working to move copies.

Let’s call it the “investment model” for publishing. By backing a book, you pay for a share — and that share’s value rises only if it is supported by the market. The risk is that all you get back is a book, but the potential upside is greater, provided you have an instinct to back winners.

Tell us, what tools and information would you like to see to enable you to make smarter choices in investing in Pentian’s titles?