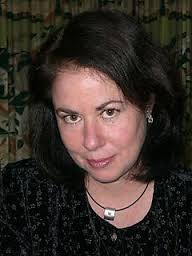 In the continuation of our regular series, global rights platform IPR License looks at what’s happening in France and Germany.

This month we look at two European powerhouses in France and Germany. The French publishing scene which has a long history of being both of high-quality and highly creative is still largely concentrated in and around Paris. Yet, according to population growth forecasts, its worldwide language pool is set to hit 700 million by the middle of the century. Inevitably this means the demand for French language books is set to rise, which leads to the question — will the supply side be able to keep up? Of course this remains to be seen but where there is demand, opportunity closely follows. Which means the French book market is certainly one to keep a close eye on both now, and in the future.

The German book market remains one of the traditional giants of the publishing world. Germans continue to be avid readers and book buyers. It is also home to some of the largest, if not the largest book-related events in the world, so it’s little wonder really. It also remains one of the most conservative, with many of the key publishers still being family-run businesses. But this didn’t stop it being the market which was recently reported to have experienced the biggest growth in ebook revenue for 2013. This helps demonstrate what a key market this is for international publishers, especially for those publishers of books written in English.

Now let’s take a look at some more in-depth analysis of these publishing powerhouses. This question has been debated with a passion since the publication of a BBC article insisting that French books don’t sell in the English-speaking world.

Laurence Marie writing for the French Embassy’s blog offered a detailed rebuttal last December, pointing out that French books do export well in numerous countries — and not just classics like The Little Prince, The Stranger, or anything by Flaubert, but contemporary novels as well. Marc Levy has been sold in 48 languages (30 million books sold), Tatiana de Rosnay in 35 countries (4 million copies), Katherine Pancol in 29 and the franco-Swiss Joel Dicker in 30 languages, (including English this May).

Last year 350 translations from French were published in the US, including 77 contemporary novels in 2013. “This is very few…[until compared to] only 8 translations of Chinese novels released in US in 2013.”

Likewise, we should not forget that the UK and the USA are not the whole market – not even in English. French sales of English translation rights are rising in India. (Gallimard has gone from 1-2 English language rights sales in India 2009 to 12 in 2013) And the February 2014 report of the Syndicat National d’Edition points out that Chinese (not English) represents the lion’s share of French translations, ahead of German and Spanish. Of the titles most popular abroad, 71% of the foreign rights sold are for French children’s books, graphic novels and fiction. Germans are avid readers (last year reading books came number 11 in the list of Germans’ 50 favorite pastimes and according to statista.com over 13.1million German inhabitants read at least once a week). Germany of course hosts the largest international trade book fair in Frankfurt, as well as Leipzig liest in the spring. The capital Berlin has its own literature festival, and last year the city launched an additional reading event: 24 Stunden Buch.  Over a 24 hour period in May there were author events and readings, alongside seminars and discussions on topics ranging from the digital landscape and ebooks to self-publishing.

It’s not only those publishing companies belonging to the large international conglomerates (for example Bertelsmann, Holtzbrinck Group, Bonnier Media), who contribute to the total of 100,000 titles published every year in Germany (this figure includes all fields and methods of publications), but many successful independents such as Carl Hanser Verlag also punch well above their weight.

Germans are passionate in promoting the importance of independent booksellers. There are still around 3,500 bricks and mortar bookshops across the country, helped not least by drives such as “Buy Local Deutschland” (a concept imported from the United States) and “Vorsicht Buch!” which both promote the importance of the physical book and local bookstores.

Despite the rise in sales over the last few years of ebook readers, physical books are still the preference of German readers. In 2012, only around 2.5% of book sales were in ebook, up from 0.8% the year before. That said publishers are increasingly turning to view the digital edition as a real and viable business proposition.  Edel ebooks – an ebook only imprint and the brain child of a former Verlagsgruppe Random House editor was launched in 2012, and is one of the many responses to the changing publishing landscape.

On the Spiegelbestsellerliste of 2013, The Hundred Year Old Man Who Climbed Out of the Window was number one in thehardcover fiction category, followed by home grown author Timur Vermes’ runaway success Er ist Wieder Da (published in the UK as Look Who’s Back earlier this year, the German edition has sold well over 700,000 copies since publication in 2012), and Dan Brown’s Inferno came in at number three.