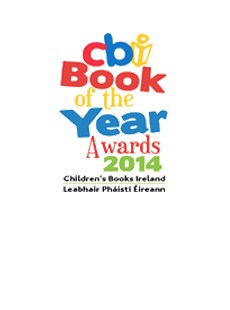 At its annual awards ceremony, Children’s Books Ireland honored, among numerous others, Mary-Louise Fitzpatrick’s “Hagwitch” as Book of the Year. So many children’s books from so many countries – how is it possible to find the best? One thing that book awards are good for, I think, is to help readers in other countries to discover what a given country is honoring – what books they think are especially worth reading.

And that being said, author and illustrator Marie-Louise Fitzpatrick was awarded the 24th CBI (Children’s Books Ireland) Book of the Year Award as well as the Honour Award for Fiction for her novel, Hagwitch. Moving between 16th-century and modern-day London, Hagwitch draws on ancient folk superstitions and the magic of the stage tradition to create a haunting tale. The judges said, “Fitzpatrick brings the reader on a journey down a canal, through a world of theatre and puppetry, and into a realm of magic and mystery. This expertly-crafted novel, with its meticulous attention to detail, seamlessly interweaves the two narratives of present-day Lally and sixteenth-century Flea.” Marie-Louise’s previous novel Dark Warning won the CBI Honour Award for Fiction in 2013.

The Children’s Choice Award went to Oliver Jeffers for his illustrations in The Day the Crayons Quit (written by Drew Daywalt). Voted on by young readers from across the country, who read and judge the eight shortlisted titles and vote for their favorite. Honour Award for Illustration: P.J. Lynch for Mysterious Traveller. The judges said, “With an emphasis on browns, tans and blues, Lynch’s superb and stunning textured paintings transport readers/viewers into the desert landscape of the tale and guide us through the emotional journey of Issa and Mariama.”

Padraic Whyte, chair of the judging panel said, “The titles being celebrated today are nothing short of world class and reveal the exceptional skills and talents of Irish authors and illustrators writing for children. It is an honor to head up such a dedicated judging panel that delved into 80 or so award entries, and highlighted excellent books that young readers around the country – and around the world – are sure to love.”

Elaina Ryan, Director of CBI, said “The CBI Awards are a unique opportunity not only to honor the very best in Irish writing and illustration, but to give young people a voice through the Children’s Choice Award. It is a real delight to see even more young readers than last year taking part in our shadowing scheme and enjoying the excellent and diverse books on this year’s shortlist.”

The CBI Book of the Year Awards are the leading children’s books in Ireland. The Awards are seen as a celebration of excellence in children’s literature and illustration and are open to books written in English or Irish by authors and illustrators born or resident in Ireland and published between January 1st and December 31st each year. Previous winners include John Boyne for his book The Boy in the Stryped Pyjamas, Chris Haughton for A Bit Lost, Sheena Wilkinson for Grounded, and Kate Thompson for her books The New Policeman, Annan Water, and The Alchemist’s Apprentice.