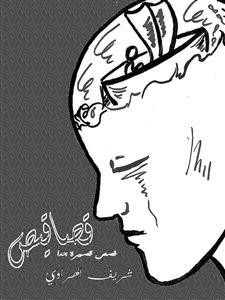 The Italian ebook self-publishing platform Narcissus has  launched in Arabic, but finds authors in the Arab world face a steep digital learning curve.

With the Arab ebook market still struggling to take off, a solution for those independent Arab writers willing to promote their books using digital platforms might come from Narcissus, an Italian platform for digital self-publishing, which has just launched its Arabic version: Narcissus al-arabiyya.

Briefly, Narcissus’s platform allows authors to create and publish their ebooks and sell them on the main international and Italian online bookstores. The platform is already available for authors writing in English, French, Spanish, German, Polish and Turkish.

The “indie” writer becomes his/her own publisher: “The author loads the ebook (the EPUB format can be created by Narcissus’s team or the author can create it through BackTypo) in the system, establishes the price, defines the book’s metadata (title, categories, description), selects the online bookstores and confirms the operation,” Giacomo D’Angelo, Narcissus’s Product Manager, explained to Publishing Perspectives.

Narcissus also provides the ISBN code, it allows the writer to create the book’s cover, and gives the author the exclusive and complete control over the sales. As for the earnings, the writer gets 60% of the book’s price from every download, 30% goes to the online bookstore, and the remaining 10% goes to Narcissus.

The self-publishing platform is only one of the products created by Simplicissimus Book Farm (SBF), an ebook distributor founded in 2006 by Antonio Tombolini. SBF groups together the ebooks created with Narcissus and the books available on STEALTH (a different SBF platform, focused on traditional publishers) and it distributes them within 24 hours to online bookstores (among which: Amazon Kindle Store, Kobo, Italy’s IBS and Spain’s Casa del Libro).

Traditional publishers may rankle at the development of self-publishing, however, according to D’Angelo, digital self-publishing does not mean the death of the publisher’s role at all. Nor does it mean that all related professions will soon disappear: the role of professionals will merely be redefined. However, if one can say that the traditional role of the publisher as one who would control not only the text’s format, but also its content, then Narcissus sees itself as playing a similar role. Not only is the writer strongly encouraged to work harder on the book’s quality (better the quality = higher sales), but the contract with Narcissus stipulates certain guidelines: offensive or racist content is forbidden, as is slander or covers featuring nudity — issues that are of particular importance in the Arab world.

After finding success in Italy — where the traditional publishing houses are already pursuing top self-published books and authors — the time had come to launch Narcissus beyond Europe. Pushing Self-Publishing in the Arab World

First came Turkey — two months ago — and then Narcissus al-arabiyya for Arabic writers was born.

“The first Arab writer to test the new platform was the Egyptian author and medical doctor Sherif el-Herraoui,” said Laura Aletti, Narcissus’s Community Manager for the Arabic language, with the publication of Assa’ees, a collection of aphorisms, or tweet stories, written in the Egyptian dialect and accompanied by the images created for the ebook by Egyptian artist Ola el-Abany. The partnership with Narcissus started in December 2013, when Aletti and el-Herraoui met during one of the workshops organized by The Townhouse Gallery in Cairo on self-publishing ebooks. El-Herraoui’s ebook was created in the EPUB3 format, but it was later transformed in EPUB2 so as “to be readable on every eReader.” However, the ebook can be read only from left to right, unlike a normal book written in Arabic fonts that goes from right to left: “We used the EPUB2 format because it permits the readability of the ebook on every ebook device – explained Aletti – but when Amazon will start looking deeper at the digital Arab market, the EPUB3 will be much more widespread and will substitute the former version. As a matter of fact, in order to be able to have ebooks available everywhere, we had to give up on something.”

For now, the biggest problem facing Narcissus al-arabiyya is to educate the writers as to what it means to self-publish an ebook. And getting people understand what a platform for self-publishing means is not that easy as it seems, since many writers – and publishers – mistake Narcissus either for a traditional publishing house (best case scenario) or a way to pirate books (worst case).

“There is much confusion in the Arab world on this issue,” said Aletti. “My impression is that we still haven’t been able to deliver our message properly. We are in fact trying different forms of communication.” These include monthly #selfpubchats on Twitter, open to writers, publishers and everyone interested, posts published on the website’s blog and on the Facebook page, and the creation of flyers such as “Al-Tariq ila al-Nashr” (“How to Start Publishing”).