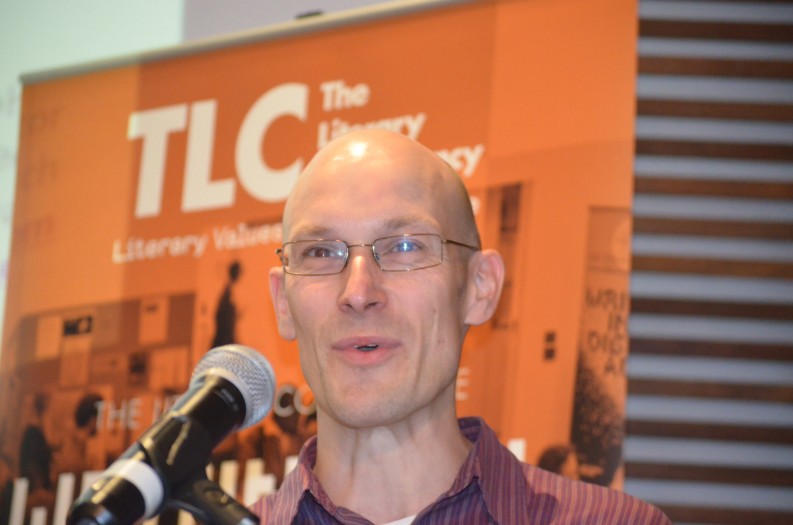 Steve Bohme: “When everyone has a Kindle, why would you buy them a book?”

Books do furnish a room, but according to many in the publishing industry, the fear is that emails, online video texts and tweets will prevent them being read.

At the Writing in a Digital Age conference, Cory Doctorow didn’t just launch a broadside against Amazon – or, more specifically, DRM (digital rights management) – he included Apple too, pointing out that the company initially offered developers the chance to keep 100% of in-app revenue, until the day it became the leading smartphone platform. “Then it clawed back 30% of in-app sales, knowing that the platform it had built – on the investment of the app developers whose 30% they were about to consume – would give it the market power to put the screws on those creators.”

It was all reminiscent of Foyles Chairman Christopher Foyles’ speech at the new store in London last week in which he noted the behavior of dominant companies. “It’s part of the human condition: when a company has a monopolistic position, it will abuse it.”

It was ever thus through the ages. What to call this? Greed? Love of power? The Darwinism of the market? The business version of what Roth calls ‘the human stain’? It’s why, of course, countries have rules and regulations, checks and balances, to prevent such situations. But at last week’s conference, some speakers hinted at a much greater threat, one that wasn’t necessarily anything to do with monopolies, but one which has arisen almost without anyone noticing and which threatens the entire industry. It is, quite simply, the numerous enticements away from reading that the digital world brings. Faber’s Stephen Page is “worried about the loss of reading.”

Panelists Stephen Page, CEO of Faber; agent James Gill of United Artist; Diego Marano of Kobo Writing Life; and Steve Bohme of Nielsen, were each asked for what most excited or worried them looking ahead. Page said: “I’m worried about the loss of reading, its substitution by other things. In ancient times Latin was spoken by the elite and English was the vernacular, the language of the masses. Someone said the other day that video is becoming the new vernacular. I’m worried that reading will be for the elite, that video [and] YouTube will be the vernacular.”

It is an irony of the digital age that the very tools and devices developed to expand reading – and in many ways that has happened – are the same tools that can reduce it. It’s the tablet as digital Trojan horse, invading our houses and kidnapping our book reading time.

Bohme said he was concerned about children’s access to smartphones and tablets for the same reason, and also noted the threat to the gift market posed by digital. “When everyone you know has a Kindle, why would you buy them a book?”

Gill was worried about the decline of the high street, the lack of visibility for books. It was left to Marano to add a positive note (well, Kobo was a conference sponsor). “I’m excited about what technology can do for the reader. The key word is flexibility. The publishing industry has not been good at embracing that, but technology helps foster it.

The fears about You Tube and the many distractions of the online world may be overstated – and there are echoes of all the talk of TV killing radio, and video killing cinema, both of which proved understandable but misguided. Nonetheless, anyone with teenage – and younger – children cannot help notice the glittering allure of devices and their constant distractions and temptations.

Indeed, arguably everyone recognizes the compulsion to check a message, send a response, to fill up all that dead time which might once have been spent reading. Books do furnish a room, but it seems texts and tweets can prevent them being read.