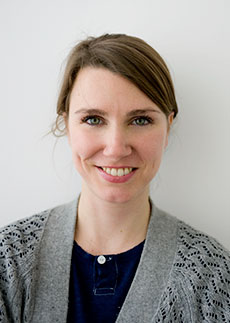 The German ebook self-publishing market is exploding and here are 6 reasons why smart English-speaking writers should take advantage of the opportunity. Leonie Langer is responsible for author relations and communications at epubli.

BERLIN: It might not be a surprise that Germany is one of the most influential countries when it comes to publishing: it has, of course, produced Gutenberg, inventor of the first printing press, authors — Goethe, Schiller and Günter Grass to name only a few; and is home to the most influential book fairs in the world. Well, ok…so far, that’s old news.

1. Germans do read in English

Here comes the real news: Germany is one of the most important markets for books in English. More than 40 million people living in Germany are fluent English-speakers. They do not only adore UK and US television series like Downton Abbey and Mad Men and devour the latest news about Kate Middleton, Ryan Gosling, Lady Gaga and the Obamas, they also love books by British and American writers — in both original and translated versions! One recent example: Both English and German language editions of Dan Brown’s Inferno hit the German bestseller lists – the German edition reached #1 and the English edition reached #9.

2. The German market is growing internationally

In times of digitization and ebooks, international markets are merging and, after having been neglected for years, the German market is becoming increasingly attractive for American and British writers and publishers. The latest figures from the Export Sales Report of the Association of American Publishers state that Germany is not only the second biggest European market for sales of American print books (after the UK) and the third biggest global market for sales of American ebooks (after the UK and Australia). In 2013, Germany was also the market with the largest year-on-year growth in ebook revenue: Compared to 2012, the overall market share for ebooks has doubled in the year leading up to 2013 (5%). At the same time, online book sales reached up to 10.4%, making up 16.5%.

3. Self-Publishing is taking off Only two years ago, self-publishing was a foreign concept to about 99% of the German population. There were only two relevant platforms (my company, Epubli, was one of them, having started in 2008). Now, there are at least eight self-publishing platforms, most of which see constantly rising author numbers. Traditional publishing houses are trying to jump on the band wagon by establishing their own self-publishing ventures. The notion of the hybrid author is spreading. Looking at the Amazon.de ebook bestseller list reveals that some 80% (and sometimes 100%) of the top 10 titles are self-published. Romance, erotica, crime, self-help and how-to are among the most popular categories.

4. There is less competition in the German self-publishing market

At the same time, Germans are still at the very beginning of the self-publishing journey. They are experimenting with marketing activities, hybrid authorship and social reading platforms. This represents an opportunity for writers from English-speaking markets, where self-publishing is about five years ahead. Because the German self-publishing market is not fully possessed by German writers (yet), authors from elsewhere have a good chance of grabbing their slice of the pie. According to Cathy McAllister, a German indie author, the German book market is far easier to conquer than the English book market because there are fewer competitors (and again: yet). And Cathy McAllister is a reliable source: Born in Germany, she has been living in England for the last four years, and publishes in both languages.

5. Germans love stories set in UK and US

Many of the bestselling novels, whether traditionally or self-published, are set in the UK or the US. This holds especially true for romance novels, which are either set in the British countryside and feature shy and sentimental heroines, or in big American cities like New York with bold, modern-day protagonists. By the way, many female German authors, such as Poppy J. Andersen and epubli authors Mathilda Grace and Annie Stone, have taken on English pen names – simply because it sounds more exciting (or at least it does to German ears) and, thus, their books sell better.

6. The German book market is diverse

Unlike the US and UK, the German book market is not completely in the hands of Amazon. Quite a few other channels have a significant market share, including Tolino, iBooks and Kobo. For instance the sales channel and ereader Tolino, built by the German book retailers Hugendubel, Thalia, Bertelsmann and phone provider Deutsche Telekom, accounts for over 37% of ebook and ereader sales in Germany. Authors who are seriously planning to enter the German market should keep that in mind, especially with regard to the latest news about Amazon’s attempts to drastically influence their share in book sales.

Times are changing, Germany’s book market is opening up for new forms of digital publishing, while authors and publishers are experimenting and becoming more and more adventurous. Now is a good moment to get in on it!

Leonie Langer is responsible for Author Relations and Communication at ebpuli, a print and ebook publishing platform that enables authors to self-publish and sell their books worldwide. The Berlin-based digital start-up is part of Holtzbrinck Publishing Group.