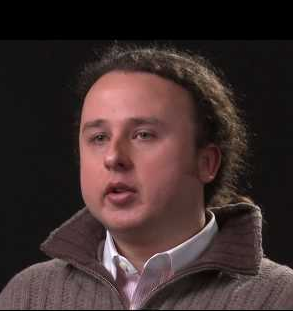 Ramy Habeeb, founder of Kotobarabia — the first Arabic ebookstore — explains the mistakes he made and what needs to happen now to make Arabic ebooks viable. Back in 2004, we got the idea to publish Arabic books online and sell them to the general public as PDFs. We called it Kotobarabia and ran our business out of Egypt. Within three months of opening, we signed 1,200 authors; we took that as an indication that we had a proper business on our hands. We were going to be huge. We were on our way.

Before I can tell you what went wrong, let me briefly tell you what went right: since opening, we have converted thousands of books to various “soft copy” formats (a vast portion of them are Arabic EPUB files), provided dozens of organizations throughout the US, Europe and Middle East with tens-of-thousands of titles and consulted with several businesses on publishing in the Middle East.

That said, it’s too bad our initial strategy was a Business to Consumer (B to C) model, which simply did not work.

Here are some of the reasons why:

When we started, the average person hadn’t heard of digital publishing. Sure there was the Internet and Amazon, but EPUB, iBooks and Kindle were years away. Due to the novelty of our business model, we only signed three-year contracts with our authors. That was a mistake, because it took three years for smart phones, tablets and an digital publishing infrastructure to hit the scene. By the time Apps (iOS or Android) came along, the rights we held were expiring and the resigning of them (especially when there was very little prior success to motivate a new contract) proved to be insurmountable.

Because most Arabic publishers did not negotiate erights with their authors, we approached authors directly. In hindsight, this was a mistake for two reasons. The first was logistical: it was difficult for us to manage the contracts of over 1,500 authors (the maximum number of rights we held at one time) and the rights of nearly 6,000 titles.

We’ve heard it all before – how do you manage the rights of a product that can be made available all over the world with a click of the button. In our case, although we signed for world rights, entering new markets (Lebanon, for example) generated confusion, and fomented disputes and frustration between us, the authors and other publishers from other territories. There wasn’t (and still isn’t) a universal system for rights management in the Arab World.

Again our mistake was not working with the publishers to figure out solutions.

Reality of the Market:

The last mistake that is that we did not take into account the realities of our market. In 2007, hardly anyone used laptops in Egypt, effective credit card penetration was near zero and piracy was (and still very much is) a major problem. We were too early, but refused to accept that as a reality – assuming that the Arab market would mature as fast as the US and European markets. We were wrong and our collective mistakes meant we could not stay in the B to C game long enough to enjoy the change.

New ePublishing ventures are entering the Arab market. One project that stands out is the recently launched ebookseller Kotobi.com. In regards to piracy, Kotobi, like iBooks and Kindle, is a closed system with heavy DRM that includes vetting conversion partners that work with them. However, what truly sets Kotobi apart is that they are backed by a major GSM provider, thus solving the biggest problem online retailers face in the Middle East – poor credit card penetration (recent figures estimate that less than 3% Egyptians have an active credit cards). Kotobi allows its customers to pay for titles through their phone bill. That’s a reach of an additional 40 million customers in Egypt alone.

A warning to all new players – there are still many obstacles in your way. Rights and licensing will always be an issue, piracy prevails and payment gateway solutions will need to be found.

That said, smart phones penetrate all sectors of the market (there are areas in rural Egypt that do not have Internet, but do have 3G) and the vast majority of Arabs own mobiles, 15% of which are smart phones. This means that there are almost more smart phones than laptops. There are over 10 million tablets with an adoption rate much like what was seen in the US market and given that the Pan-Arab GDP is the 6th biggest economy in the world, this is a market that cannot be ignored.