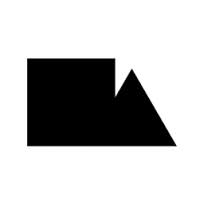 Sorry House Press’ Logo. Does it remind you of that of another publishing company?

2013. Given that experience, in The Toast, he has written an article entitled “I Made the Mistake of Starting a Small Press and So Can You,” talking about everything he’s learned so far.

Listed under “The Basics”

Hate writers, hate books, hate publishing. Get made when you see awful covers on great books, get frustrated when great presses have incomprehensible websites, cringe when a book is blurbed to be a ‘tour-de-force,’ or another famous author makes an awkward stab at social media. Unfollow any writer who brags about their manuscript or penchant for whiskey. Feel bad for feeling superior. Remember it’s about doing. Feel excited.

Listen to 2 Chainz. There are a million presses and magazines out there. If you’re not different, why add to the noise? They’re all ‘at the forefront of avant-garde’ apparently, so what are you bringing to the table? Luckily the world of writing and publishing sets a low bar for what’s exciting. With so much distance, traditionally, between book and author, editor and press, having yourself in the foreground is radical on its own. Since you are, literally speaking, different, the more you and your press merge into one entity, the more idiosyncratic it will become. Look at Giancarlo Ditrapano of Tyrant Books. You can’t follow one on twitter without following the other (it’s a single account), and when you see a Tyrant book, you see Ditrapano reading it and saying, ‘This is it, this is really lit.’”

The big five publishers don’t know how to sell books. Not really anyway. I interned at (what is now) the largest publisher in the world, and the formula was to skim the editor’s notes (which were a brief plot summary, three line biography, etc.), and, print press releases on company letterhead, calling it a thrilling page-turner, a dazzling tear-jerker. Mail those press releases out with the book to a 300-entry list that’s not even up to date with current press contacts, and ask me to mail them out. On a good day, two or three reviewers get back to the publicists. The model is a few best-sellers float the rest, and there’s a machine in place to make a few bucks on everything else.

Content is promotion. Nothing makes me want to buy a book less than an author on Facebook saying ‘Have you read my book yet? Here’s your chance!’ What does make me want to buy their book, though, is a funny or compelling Twitter feed, an interesting photographer Tumblr, a great ask.fm account. This is how books are sold these days, and it’s a wonderful thing. We have all these opportunities to make selling more interesting than a commercial, to subvert the daily tedium of social media, to publicly slander your author instead of saying she’s the most honest writer alive. Advertising doesn’t have to be the necessary evil of your art, it can be a part of the object itself. Make it weird, make it funny, pay attention to what your inclinations are and indulge them. Don’t just compare the price of your book to a latte and call it a great deal.

Listed under “The Marketplace:”

Bowker hates you. Bowker is the distributor for ISBNs, those numerical barcodes you see on the backs of books. Large presses can buy a thousand ISBNs from Bowker for a dollar a piece. Small presses are often short lived, and never put out many books, so that kind of bulk doesn’t make sense for you. A single ISBN, purchased by itself, is $125 with an extra $30 for the barcode image. However, a pack of ten is $250, so if you plan on publishing any amount of books greater than one, ten is your most cost effective option. If it’s too much money at the beginning, don’t worry. You make the most profit from direct sales anyway, and neither you nor your readers need an ISBN on your book. Only Amazon and bookstores do. So sell direct until you make enough profit to swallow the $250 and get your book the fascist serial code it deserves.

Small press distribution hates you. Touted as the charitable non-profit connecting readers and bookstores with small presses for [too many years] this organization will, yes, take just about any publisher on and distribute your books should an independent bookstore order some. However SPD’s terms ensure that their bottom line is covered no matter what, giving themselves very little incentive to actually sell your books…They will gladly take your $185 in upstart fees, list your book online, order a couple of copies for which you pay shipping, send you a notoriously late check of half the profits if any books sell, and bill you if they don’t. In my experience, a few awesome bookstores will come to you directly, or respond positively if you come to them. Sorry House, for example, doesn’t belong to any distributor but still sells copies wholesale directly to stores like Powell’s and McNally Jackson, both of which approached us pretty early on, thanks to their very rad buyers. So my advice: don’t bother with SPD. In fact, help me take them down.

Also, Amazon hates you. Amazon buys books from on consignment at an egregiously high 55% discount (Bookstores usually get 40%). So when signing up for an ISBN and listing your book on Amazon, you should set the price high, even if you sell your book direct through the site for $10-$13. Mark it up an extra two or three bucks, so that after their 55% discount, you’re still making a decent profit. They’re going to discount your book to consumers anyway, so let them bite the bullet instead of you. Unlike SPD, Amazon is an effective bookseller. I do believe that Amazon manages to sell books to people who wouldn’t otherwise find or purchase small press books on their press’s homepage, and when the numbers are good, it’s nice to be able to send 50 books off to Amazon and get a nice big check, on time, a month later. Like SPD, Amazon makes you pay shipping, so when they send you small orders of a couple books or so, it’s best to ignore them and wait for a larger one, to make it worthwhile.”

To read the rest of the article, including Madsen’s take on the post office, Shipstation, 48hrbooks, bubblemailers, paying your authors and more, click here.