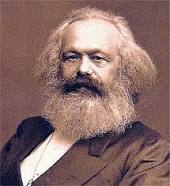 As Hector Tobar of The Los Angeles Times put it, “Readers of the world, unite! To fight over Karl Marx’s copyright.” The rights to Karl Marx’s collected works have been infringed by a website, says publisher Lawrence & Wishart

The issue is this: A small independent British publisher (one with historic ties to the “radical British left,” is in the midst of a struggle with a multilingual website, the Marxists Internet Archive at Marxists.org. What’s at stake? The right to use the 50-volume “Marx Engels Collected Works.”

The London-based publisher, Lawrence & Wishart, has requested that Marxist.org remove the copyrighted material from its website. But, the Marxists at Marxists.org have responded “with a flurry of angry anticapitalist rhetoric,” along with a petition at Change.org which, to date, has been signed by nearly 5,000 supporters.

The petition says in part, “It is immensely ironic that a private publishing company is claiming the copyright of the collected works of Karl Marx and Friedrich Engels, the philosophers who wrote against the monopoly of capitalism and its origin, private property, all their lives.”

But Lawrence & Wishart, who were once the publishing house of the Communist Party of Great Britain (speaking of ironic), says on its website that the company has been “subject to a campaign of online abuse…survives on a shoestring…[and]…makes no profit other than those required to pay a small wage to its overstretched staff.” The statement goes on to add that revenue from the “Collected Works,” which the company first published in 1975, goes to “numerous radical publishing projects.”

The Times cited blogger Scott McLemee, who wrote that Marxists.org was asked to remove the material from its website by April 30th (just before International Worker’s Day).

“Responding to L&W’s demand in a suitable manner would require someone with Marx’s or Engels’s knack for invective and scatology,” McLemee wrote. “But the idea that most of their work is going to be removed from the website on May Day is just grotesque…

“If Lawrence & Wishart still considers itself a socialist institution, its treatment of the archive is un-comradely at best, and arguably much worse; while if the press is now purely a capitalist enterprise, its behavior is merely stupid,” McLemee wrote on the Crooked Timber blog.

Tobar writes that in a statement, Lawrence & Wishart said that the “Collected Works” was the “product of many decades of work and that many other translations of Marx’s most important works (such as “Capital” and “The Communist Manifesto”) are widely available and out of copyright.”

But perhaps not surprisingly, this wasn’t enough to assuage the ire of the activists at Marxists Internet Archive.

In an interview with ArsTechnica, a volunteer of the archive said that Lawrence & Wishart was restricting the ability of the masses to gain access to these writings, “because they found a potential revenue flow by digitizing the works themselves and selling some product to universities.”

At the Chronicle of Higher Education, Jennifer Howard offered a different perspective. Andy Blunden, part of the volunteer collective that has run the Marxists Internet Archive for years, told the Chronicle that the group does not contest Lawrence & Wishart’s copyright on the material at stake, and that the archive has not been part of the criticism hurled at the publisher. “We feel that it’s improper for us to go out and agitate and say bad things about Lawrence & Wishart. We’re trying to be quite restrained about this. It’s down to our readers, really, to defend us.”

Blunden went on to admit that while scholars and others with access to “good research collections” will able to use the entire Collected Works, he’s concerned about “the ordinary Joe” who doesn’t have that kind of access who may not have access to the “lesser-known writings that help set Marx and Engels’s thinking in a broader context.”

He remarked that the “Collected Works” were collected during the years of the Soviet Union’s collapse. “To withdraw these materials, even though it’s a small part of what’s getting read today, is in a sense to throw the understanding of Marxism back” decades – “to reduce it to that corpus of well-known works that have been quoted for a century.”

According to Blunden, the Marxists Internet Archive is used by “a broad spectrum of people,” getting a quarter of a million page views a day.

The Chronicle also cited Jonathan Sperber, a professor of history at the University of Missouri at Columbia and noted expert on Karl Marx, who called the archive a “useful resource,” while calling the translations themselves a “mixed bag.”

Still, he says that Lawrence & Wishart’s decision could make it more difficult “for people at small colleges without good libraries, or who have no academic affiliation, and would like to study some of the less well-known and less easily accessible parts of Marx and Engels’s oeuvre.”

At the same time though, he expressed sympathy for Lawrence & Wishart’s position. “Publishers in general have a hard enough time these days earning enough on books to keep publishing them. Small left-wing publishing houses find it more difficult than most.”

Even so, it’s “unfortunate,” he said, “that a left-wing publishing house would want to restrict access to the works of a major left-wing thinker to those affiliated with a university of college library that can afford to purchase L&W’s new digital edition. Hegel, to name someone who was a big influence on Marx, once described a tragedy as ‘a conflict of two rights.’ That seems to sum up the situation.”