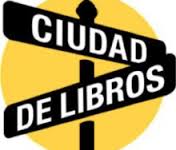 The shared catalog of Open Road Espanol/Ciudad de Libros will “rescue and revive the works of authors which though beloved by many generations are now sadly unavailable.” Barcelona eBooks already produced translations of Spanish-language titles for the English speaking market.

Authors on Ciudad de Libros’ first list include Erskine Caldwell, Ellery Queen, Philippa Carr, and Harold Robbins. Among the titles originally written in Spanish will the books by the Peruvian writer Alonso Cueto and by Jose Maria Merino. A total of 42 eBooks will make up this first launch.

Books come from the English-language catalog of Open Road Media, as well as from works whose electronic rights have been specifically purchased along with Ciudad de Libros for this project. Ciudad de Libros will be in charge of the marketing and distribution of eBooks in Spain and Latin America; Open Road Espanol will be responsible for the rest of the world, with a special emphasis on the United States, home to more than 50 million Spanish speakers.

In a statement, Jane Friedman, cofounder and CEO of Open Road said: “We are strong believers in the power of the Spanish language market and are excited to unveil our initial list and connect our authors with Spanish readers across the world.”

And Blanca Rosa Roca, cofounder and president of Roca Editorial and Barcelona Digital Editions added: “We offer the Spanish reader the possibility to discover authors of various nationalities from the past and present via great books. We’re thrilled to share the talent of these authors and do our best to assure they are never forgotten.”