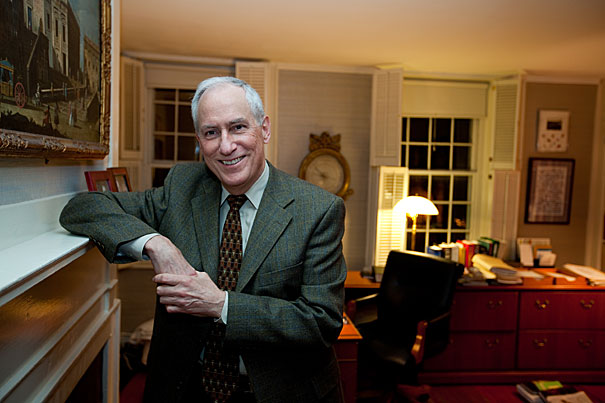 Harvard’s Robert Darton sees positive steps towards a truly open library happening all over the world.

Harvard’s Robert Darton writes that we are coming closer to a truly international digital public library citing Open Access movements in the UK, UK and France.

Writing in The New York Review of Books, Robert Darnton looked at what he calls the “world digital library.” After examining the world of scientific and academic journals, Darnton looked at several companies working to make books accessible.

“The desire to reach readers may be one of the most underestimated forces in the world of knowledge. Aside from journal articles, academics produce a large number of books, yet they rarely make much money from them. Authors in general derive little income from a book a year or two after its publication. Once its commercial life has ended, it dies a slow death, lying unread, except for rare occasions, on the shelves of libraries, inaccessible to the vast majority of readers. At that stage, authors generally have one dominant desire – for their work to circulate freely through the public; and their interest coincides with the goals of the open-access movement. A new organization, Authors Alliance, is about to launch a campaign to persuade authors to make their books available online at some point after publication through nonprofit distributors like the Digital Public Library of America…

“All sorts of complexities remain to be worked out before such a plan can succeed: How to accommodate the interest of publishers, who want to keep books on their backlists? Where to leave room for rights holders to opt out and for the revival of books that take on new economic life? Whether to derive some form of royalties, as in the extended collective licensing programs that have proven to be successful in the Scandinavian countries? It should be possible to enlist vested interests in a solution that will serve the public interest, not by appealing to altruism but rather by rethinking business plans in ways that will make the most of modern technology.

“Several experimental enterprises illustrate possibilities of this kind. Knowledge Unlatched gathers commitments and collects funds from libraries that agree to purchase scholarly books at rates that will guarantee payment of a fixed amount to the publishers who are taking part in the program. The more libraries participating in the pool, the lower the price each will have to pay. While electronic editions of the books will be available everywhere free of charge through Knowledge Unlatched, the subscribing libraries will have the exclusive right to purchase a pilot collection of twenty-eight new books produced by thirteen publishers, and Knowledge Unlatched headquarters, located in London, announced that it would soon scale up its operations with the goal of combining open access with sustainability.

“OpenEdition Books, located in Marseille, operates on a somewhat similar principle. It provides a platform for publishers who want to develop open-access online collections, and it sells the e-content to subscribers in formats that can be downloaded and printed. Operating from Cambridge, England, Open Book Publishers also charges for PDFs, which can be used with print-on-demand technology to produce physical books, and it applies the income to subsidies for free copies online. It recruits academic authors who are willing to provide manuscripts without payment in order to reach the largest possible audience and to further the cause of open access.

“The same goal animates the Digital Public Library of America, which aims to make available all the intellectual riches accumulated in American libraries, archives, and museums…Now that it has celebrated its first anniversary, its collections include seven million books and other objects, three times the amount that it offered when it went online a year ago. They come from more than 1,300 institutions located in all fifty states, and they are being widely used: nearly a million distinct visitors have consulted the DPLA’s website, and they come from nearly every country in the world (North Korea, Chad, and Western Sahara are the only exceptions).

“At the time of its conception in October, 2010, the DPLA was seen as an alternative to one of the most ambitious projects ever imagined for commercializing access to in formation: Google Book Search Google set out to digitize millions of books in research libraries and then proposed to sell subscriptions to the resulting database. Having provided the books to Google free of charge, the libraries would then have to buy back access to them, in digital form, at a price to be determined by Google and that could escalate as disastrously as the prices of scholarly journals.

“Google Book Search actually began as a search service, which made available only snippets or short passages of books. But because many of the books were covered by copyright, Google was sued by the rights holders; and after lengthy negotiations the plaintiffs and Google agreed on a settlement, which transformed the search service into a gigantic commercial library financed by subscriptions. But the settlement had to be approved by a court, and on March 22, 2011, the Southern Federal District Court of New York rejected it on the grounds that, among other things, it threatened to constitute a monopoly in restraint of trade. That decision put an end to Google’s project and cleared the way for the DPLA to offer digitized holdings – but nothing covered by copyright – to readers everywhere, free of charge.”