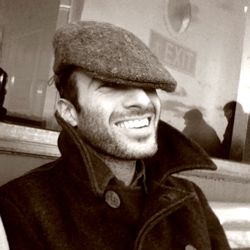 Ross Ufberg of New Vessel Press laments the lack of an efficient online service to match translators and publishers—and proposes a solution: Litfinder.org. Nobody can speak every language on earth, not even all those languages that boast of a written literary tradition – which is surely fewer than the over 7,000 languages catalogued by Ethnologue, but greater than the 46 or so included in the Translation Index by Three Percent. Thus the need for literature in translation. And with translation comes another set of problems.

Publishers not just willing, but eager to put out works in translation—and, as I detailed in an earlier article, the number of is growing — can encounter problems in the research phase. There are various ways a publisher hears about an author who piques their interest: a newspaper article with a fleeting mention of a once-popular foreign author; a glance at the bookshelf of a great-aunt who immigrated from Hungary; a rave from a foreign friend or acquaintance; a tip or submission from a translator; an agent. If a publisher is interested, then the questions that follow are: Is anything available in English? Where can I read it? Has anything by Author X been translated before? Is anybody working on it now?

Right now there’s no great way to find out ALL of that information. UNESCO’s Index Translationum is a useful tool: it is an “international bibliography of translations,” providing information on works that have been translated all over the world since 1979. However, unpublished translations will not show up on their radar. And neither will they show up in Three Percent’s Translation Index, which shows a list of published literature translated into English in the past year. There are literary journals, many of which increasingly feature translations; there is the excellent Words without Borders, which to date has published almost 2,000 pieces from 101 languages. But these are inevitably just a fraction of what actually exists.

The big piece missing—and it’s almost difficult to believe that at this point in the digital age we don’t have something like this—is a central listing and viewing space for works in progress. This site — let’s call it Litfinder.org — would act as a meeting place for publishers and translators. Speaking as a translator and a publisher, I know that oftentimes translators pick something up because they love it, without a contract in hand, or even in sight.They might translate five, ten, fifteen pages; a few chapters; sometimes even the whole book. If they’re lucky, they get a publisher interested in it quickly. If not, it could mean months or years of shopping something around, in a more or less blind process of sending in a submission, waiting for eons to hear back about it, then trying again. And then, if nothing eventually takes, the sample gets shelved and might never see the light of day again. But there are hundreds of publishing houses, and surely no translator submits to each one.

Let’s say Translator Sifrut has translated a few chapters of a Chinese novel by Author Shen Yu. And Sifrut has sent that sample to 50 publishing houses, all of whom have turned her down. In despair, Sifrut gives up on ever selling a publisher on this book and moves on to something else. But then what if, at a publishing house we’ll call Skinny Jeans Books, Editor Mott would absolutely go gaga for this book. It’s right up his alley. In fact, Mott has actually heard about Chinese Author Shen Yu from a friend, but could find nothing more about him on the internet, and, of course, never saw the translation sample from Translator Sifrut. Now the twain will never meet.

Or, let’s say Translator Sifrut is working on this novel by Shen Yu. But she’s not the only one. Translator Tirgum is ALSO translating this novel. Neither Sifrut nor Tirgum are aware of the other’s existence. But they’re both translating the same thing, and this is an unfortunate overlap, since no publishing house will pick up BOTH versions of the same work by Shen Yu. One of the translators will have wasted an incredible amount of time.

Or, in another scenario, let’s say Russian Author Dalmatov has had five books translated into English. Editor Mott knows there’s a sixth novel. It says so right on Dalmatov’s Wikipedia page. But Mott doesn’t know if anybody is translating, or has ever done a sample of, Dalmatov’s sixth novel. And since he doesn’t read Russian, he can’t decide what the novel’s about, or if it is likely to find an audience with English speakers. If, however, Litfinder.org exists, Mott can simply visit the central listing and search for Dalmatov. Bam! Turns out a translator had actually done the entire novel on spec and pitched it to fifteen editors some years back. They weren’t interested then. But we all know that in literature, there’s a long history of missed chances. And this makes it possible for Mott to finally find that sixth book, and for the translator to finally be able to publish his long-shelved, but not forgotten, translation.

Translators could add information to this index, but so could publishers. Let’s go back to that Chinese author example. Editor Mott has heard so much about Author Shen Yu but just can’t seem to find anything of his in translation. And, as is so common, the Chinese publisher doesn’t have a sample to send him. Well, he can try listing Shen Yu’s name in this directory. A translator might already have something by Shen Yu, or might be willing to take a chance and translate a few pages for the publisher. In fact, the publisher might be willing to pay the translator to do this. In any case, through Litfinder.org, the two can get in touch. Thus another match might be made.

Litfinder.org can be the engine that gets many books rolling down the highway, something like a Missed Connections for publishing. This could be an index of possibilities. Let’s get cracking.

Have ideas about how to make this work? Want to get involved? Email me.