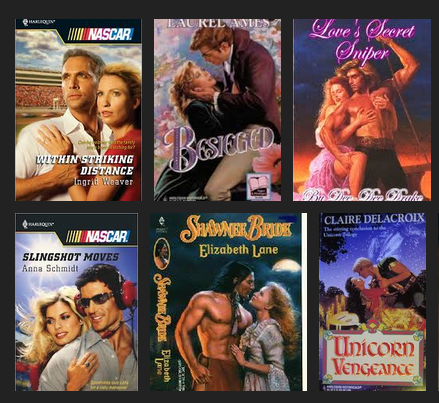 Writing for The New Yorker, Adrienne Raphel looks back at the glory days of Harlequin Romances, noting that, “Harlequin Books Limited – now Harlequin Enterprises, was founded in 1949 in Canada as a small printer, packager, and distributor of books. In the 1950s, Harlequin started reprinting titles from Mills & Boon, a British publisher of popular romance novels. In 1972, Harlequin acquired Mills & Boon, and soon was synonymous with the romance novel. By 2012, romance novels were a 1.5-billion-dollar-a-year business that made up nearly seventeen percent of fiction sales. But, for the past several years, Harlequin’s sales have declined as people have started getting their romance from erotic – and often self-published – ebooks instead of grocery-store paperbacks. Earlier this month, News Corporation announced it would acquire Harlequin from its parent company Torstar Corporation for $455 million – not much more than Harlequin’s revenue last year. Harlequin will become a division of News Corp.’s HarperCollins Publishers.

Amazon released its first Kindle in 2007. Three years later, Raphel writes, romance novels were the fastest-growing part of the ebook market, in no small part because, as Julie Bosman wrote in the Times, readers could trade “the racy covers of romance novels for the discretion of digital books.”

But while the Kindle and other e-readers added a new level of popularity to Harlequin Romances, it also made it easier for writers to self-publish their novels, and for smaller romance publishers to get their titles noticed. And, as Raphel notes, some of those titles were racier than traditional Harlequin offerings.

“In 1961, Harlequin had broken the mold by publishing Violet Winspear’s Lucifer’s Angel, then considered very titillating. But some self-published novels went beyond even the most liberal Harlequin lines. Several Amazon best-sellers, like T.K. Leigh’s self-published Gorgeous Chaos, are labeled ‘explicit.’ In 2010, the fifty Shades trilogy, by E.L. James, had more total sales than Harlequin’s North American retail division.”

Raphel adds that while Harlequins can get “racy,” they still “retain something of their genteel British roots.” In fact, on its website, it’s clear that while the Harlequin Blaze series is its “sexiest” imprint, it’s not “erotica.” (“While our books are very sensual, they deliver on the Harlequin promise of one hero, one heroine, and an implied committed relationship at the end.) Even so, Harlequin has tried to change with the times – several months after James’s books hit the best-seller lists, Harlequin, for the first time, released some B.D.S.M. titles such as Bond of Desire and Bonds of Courage on its digital imprint, Carina Press. And while the revenue from digital sales is going up, it hasn’t been enough to make up for the slump in print sales. (And they’re still not going up that much – according to Digital Book World, in 2013, there were 99 self-published e-book bestsellers; Harlequin had only 21.)

But, Raphel notes, Harlequin is still busy trying to make its boy-gets-girl storyline fit into today’s digital world. Mills & Boon, which is still a subsidiary of Harlequin – has launched The Chatsfield, “a Web site for a fictional luxury hotel that serves as the jumping-off point for a host of stories. Readers can even follow characters’ social-media accounts.”

There is still one bright spot though: Harlequin shows great strength outside of North America, publishing more than 1,300 authors, with more than 100 titles a month in 34 languages, with offices in 16 countries. According to The New Yorker, it is this powerful international presence that attracted News Corp. HarperCollins CEO Brian Murray told the magazine that while 99% of its revenue comes from English-language markets, 40% of Harlequin’s revenue comes from foreign-language titles.

Raphel concludes by saying that, “Harlequin offers a foothold into digital and international markets that HarperCollins and News Corp. will be able to exploit. This isn’t to say that Harlequin’s subject-matter expertise is unimportant. Robert Thomson, the chief executive of News Corp. told me that Harlequin’s ‘emphatic expertise’ would be ‘redeployable across content: If you are connecting people in romance, you have insight into cultural mores.’”