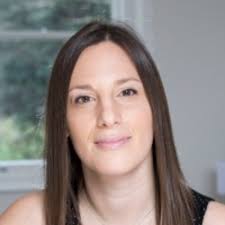 In the continuation of our regular series, global rights platform IPR License looks at what’s happening in Serbia and Malaysia.

First up this month we’re focusing on a country which has experienced its fair share of upheaval and political instability in recent years but one which remains a nation of book lovers. Serbia might not necessarily be the first territory that springs to an author/publisher’s mind but, as outlined in the article below, it remains a diverse market, with high quality literary fiction and commercial women’s fiction currently dominating. Although interestingly a lack of quality in terms of translations amongst some Serbian publishers appears to be an ongoing issue.

The Malaysian book market is an engaging one, especially when it comes to rights. On an annual basis Kuala Lumpur plays host to Southeast Asia’s largest rights fair and this illustrates just how important a part licensing plays in the thinking of this growing marketplace. It remains early days for digital publishing in Malaysia and current development is driven by a few key players and government initiatives especially in the education area. As in other countries, Malaysian publishers are faced with a number of challenges in the digital world including copyright issues and the role of traditional publishing. But it appears that some smaller publishing houses are making a real impact.

There’s a small taster but let’s hear some more in-depth analysis on these fascinating territories.

London-based literary Scout Lucy Abrahams looks at the eclectic Serbian marketplace and the quality gaps between publishers and translations. Serbia has a population of fewer than seven million people, around fourteen percent of whom are illiterate. With the country in a state of more or less perpetual crisis since the breakup of the former communist Yugoslavia in the 1990s, there has been a streak of political and economic crises, with the global recession only the latest of many. Economically speaking, 2013 has been perhaps the worst year yet for the country, and 2014 will see tough new economic measures implemented (including increased VAT on books). The average monthly income in Serbia is a paltry £300-350, whilst prices, books included, are pretty much on par with Western Europe. Serbia is consequently a paperback market, with advances for the most promising titles rarely breaking the £1,000 barrier. Despite the grim economic situation, people in Serbia love to read and they do buy books. Although a normal first print run is only about 1,500 copies, the bestselling titles can potentially sell around 50,000-60,000 copies (although this is a rare occurrence). The all-time bestselling title, Khaled Hosseini’s The Kite Runner, sold in excess of 100,000 copies, a figure unheard of for any other writer.

The Serbian market is an eclectic one, with high quality literary fiction and commercial women’s fiction dominating the market (the bestseller lists feature Jose Saramago and Khaled Hosseini alongside E.L. James, Paolo Coelho and Samantha Young). However, the number of copies sold amongst the bestsellers can vary greatly and there is no unified, third party bestseller list like the Sunday Times or the New York Times; the three major bookselling chains each have their own lists. While traditionally the market has been dominated by translated literature, in recent years domestic authors are increasingly gaining in both critical and commercial dominance, tipping the scales from an 80/20 percent spilt in 2009 to an almost even 50/50 in 2013. In general, thrillers do not sell well in Serbia and rarely bother the bestseller lists; however, Scandinavian thrillers are gaining in prominence and in the wake of the international phenomenon that is Gone Girl, “relationship thrillers” are selling well.

In terms of non-fiction, the bestselling title of 2013 was, predictably, Novak Djokovic’s Serve to Win. Memoirs don’t sell at all, while popular science and psychology are… well, popular. It can be difficult to find good translators from across all languages into Serbian, and many films do not find distribution there, so publishers cannot rely on a boost from a film or TV tie-in. Novels with magical realism or fantastical elements tend to be looked down upon or seen as childish at best and the YA market is in a slump. Although there are over 400 publishers in Serbia, many of them release poor translations without proofreading them, and it is consequently important to place authors with the most reputable publishers who take pride in their editorial departments. Piracy is an issue for the as-yet non-existent ebook market, and a platform is being developed that would mitigate the problem somewhat so that efforts to get things moving can begin in earnest.

There is a clear dominance in Serbia by several of the leading publishers who operate their own bookstore chains, the biggest of which, Laguna, grew from a start-up to the behemoth of the industry within fifteen years. The Belgrade Book Fair is the most visited cultural event in Serbia and the most prestigious literary award, given every January, is the NIN Prize for the best newly published novel in the Serbian language. Amir Muhammad, owner of Buku Fixi explains the impact of government subsidized vouchers on the Malaysian book industry and the dominance of Malay-language romance novels.

For the third year in a row, the Malaysian book industry received a boost in the form of book vouchers given out to university students. The 1Malaysia Book Vouchers are worth RM250 (about $76) which can typically pay for 10 local paperbacks. As they were given out to 1.3 million students and may be used even for non-educational books, the boost to bookshops is noticeable. The voucher is just one of a slew of feel-good subsidy measures from a government which had lost its traditional 2/3 majority in parliament in the last two general elections.

Nowhere is the retail boost more apparent than in the Kuala Lumpur International Book Fair. Now in its 33rd year, it is the biggest consumer book fair in Southeast Asia. It regularly attracts over 1.5 million visitors during the course of 10 days; this year’s edition was extended by one day.

A parallel event held at the same venue is the 3-day Kuala Lumpur Trade & Copyright Centre. Held since 2009, it is the most popular of its kind in Southeast Asia and attracts publishers and rights holders mainly from the region.

The Malaysian fiction market is dominated by Malay-language romance novels, none aimed at the overseas market. A bestseller would be anything above 50,000 units. As in India, the Philippines and Singapore, the Malaysian middle-class is also conversant in English, which means that even the biggest-selling imported English books would normally not get a Malay translation.

As the Indonesian language comes from the same root as Malay, it is not uncommon to have Indonesian books in the Malaysian market after some slight linguistic adjustment. A game changer was the Indonesian Habiburrahman El-Shirazy’s The Verses of Love (2004), set in Egypt and centred on a dishy but pious Indonesian student, which was a hit here and inspired a whole slew of ‘Islamic love stories.’

Although set up only in 2010, the market leader for commercial Malay fiction is Karyseni, whose romance novels are frequently adapted into evening TV serials. This company, which grew out of a free website for new serial novels, controls at least a quarter of the local fiction market.

More adventurous would be smaller companies like Sang Freud Press (SFP), which in 2013 translated an Israeli book by Etgar Keret — something which took chutzpah in a country of officially sanctioned anti-Semitism. SFP and its sister company Selut Press has also mined a genre no one ever thought would be popular: poetry by young women. There aren’t many developing countries where a contemporary poetry book can sell more than 10,000 units, but they’ve done it.

The latest SFP title, which launched at the book fair, is by the popular singer-songwriter Ana Raffali. Thus blurring the line between what is ‘mainstream’ and ‘alternative’ — but in a nation of only 28 million, such petty distinctions aren’t helpful. And, sure enough, most of the thousands who purchased her book at the launch did so with the 1Malaysia Book Voucher.

Amir Muhammad is the owner of Malaysia’s Buku Fixi which won The Bookseller International Adult Trade Award at the 2014 London Book Fair.