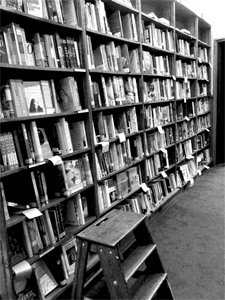 Czechs are ranked among the most avid readers in Europe and a campaign is afoot to reduce what is seen as an excessive 15% VAT rate on books.

In a bid to stimulate the country’s book market, the Czech Booksellers’ and Publishers’ Association (SČKN) has launched a campaign to push for the lowering of the country’s VAT on books. Local industry representatives denounce the tax as excessive and harmful to book readership.

Over the past few years, the Czech government has been continuously raising the VAT on books to generate additional revenue for the state budget. Between 2008 and 2012, the tax was increased from 9% to 14%, and the current 15% rate was set in 2013. The association says this has triggered a decrease in the amount of published titles and a hike in book prices. From 2008 to 2012, the total amount of new titles published in the Czech Republic was down 9% from 18,251 to 16,600, as shown by figures released by the SČKN.

In addition to this, Czech publishers and booksellers point to the experience of some neighboring countries which maintain a lower VAT rate despite the ongoing economic crisis. In comparison, in Poland and Slovakia, the VAT on books is 5% and 10%, respectively.

Campaign to Lower VAT on Books

As part of the campaign, more than half of the Czech bookstores offered a discount of 15% on all books on April 23. The association estimates that there are more than 600 general bookstores and about 50 specialist bookstores operating in the Czech Republic.

“The campaign Books Without VAT is an unprecedented event in the Czech book market,” said Martin Vopěnka, head of the SČKN. “Booksellers distributed 120,000 bookmarks, 72,000 bags and 40,000 brochures explaining why readers deserve a lower VAT.”

“We will also sent out a total of 1,000 personal invitations to all senior state officials and prominent personalities,” Vopěnka said.

Set up in 1990 and based in Prague, the SČKN says it represents the interests of 250 members active in the fields of publishing and bookselling in the Czech Republic.

The publishers who joined the initiative by the SČKN include some of the major players in the Czech market, such as Host, which publishes books by popular crime novelists Stieg Larsson and Henning Mankell, as well as Mladá fronta, publisher of books by famous Czech author Bohumil Hrabal, Meander, whose authors include former Czech president Václav Havel, and Albatros Media, which published the Czech-language edition of J.K. Rowling’s Harry Potter series.

Tomáš Reichel, the editor of Host, told local daily Lidové noviny that while his company has managed to broaden its publishing portfolio despite the higher VAT, most publishers have been forced to downsize their activities over the past few years.

“Generally speaking, the higher VAT on books worsened the market conditions, the amount of published books was decreased, and books are more expensive, thus less accessible to readers,” Reichel said.

The concern over the state of the country’s publishing industry is voiced by other company representatives.

“A higher VAT leads not only to a reduced number of published books, but also to a significant decrease in the diversity of literary production,” said Josef Žák, sales and marketing director at Albatros Media.

The country’s book market is highly fragmented, with as much as 2,660 companies publishing at least one book in 2012. However, only 253 publishers brought out more than 10 titles that year.

In 2012, the Czech book market was estimated to be worth about CZK 32.5 billion ($1.63 billion), according to data released by the SČKN. In addition to paperback and hardcover sales, the ebook market is expanding, but its share in total book sales remains meager. In 2012, Czech readers purchased about 200,000 ebooks, which represented as little as 0.35% of the total sales volume, according to a market report for the years 2012-2013 released by the SČKN.

However, as in many other European Union markets, the development of Czech e-book sales is hampered by a relatively high VAT rate of 21%.

Local observers say that the increase in VAT on books is causing books to become an increasingly luxurious good in the Czech Republic. Since 2007, the average book price has expanded from some CZK 200 ($10) to about CZK 240 ($12), an increase of 20%.

But despite the relatively high VAT, local publishers say they have a positive outlook on the future of book readership in the Czech Republic.

“Czechs are ranked among the most avid readers in Europe,” said Žák. “Despite the state of the economy and the rising prices of books due to the VAT increase, they have remained faithful to books. The sales figures are slightly lower, but it could be worse.”