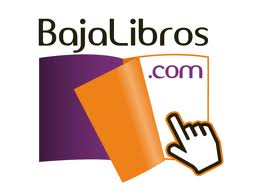 According to the Argentinean Book Chamber’s recent report on 2013, 27,757 titles were published in Argentina last year, resulting in a a total of 88,171,750 printed copies. But what about digital? Current estimates suggest that just 1% of the Argentine book market is digital. Argentina is decidedly still a print market.

One of the important players in Argentina and increasingly in other Spanish-speaking countries, is Buenos Aires-based online bookseller BajaLibros.

According to BajaLibros’ director, Ernesto Skidelsky, the failure of Amazon.com to launch in the region, as well as aforementioned restrictions on imports, has enabled them to gain traction. “Today, if someone from Buenos Aires wants to buy books from Amazon, he will have to pay in dollars with a 35% import tax,” said Skidelsky.

But, he adds, it’s only a matter of time before Amazon reaches further south into Argentina. “That’s something inevitable and, of course, we are worried.”