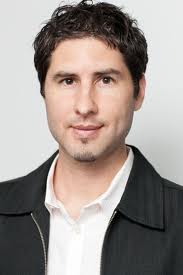 Author Matt de la Peña, “Where’s the African-American Harry Potter or the Mexican Katniss?” opening a debate about the lack of diversity in YA fiction. Writing for CNN, Ashley Strickland tells the story of Matt de la Peña, who wasn’t a reader until college, when, for the first time, he read an entire novel, The Color Purple. That story, she wrote, along with others, became his gateway to literature, while spoken-word poetry was his gateway to writing.

“Drown by Junot Diaz was the first book that made me think I might be able to make writing my livelihood,” de la Peña, told CNN. “And I thought, ‘Wait, people publish the kind of stories I write?’ That novel made me feel like publishing was a possibility. And then I started digging in on the hard work.”

De la Peña,, now a creative writing teacher and the award-winning author of Ball Don’t Lie, Mexican White Boy and The Living, asked a simple question: “Where’s the African-American Harry Potter or the Mexican Katniss? That would change the game.”

CNN cites the Cooperative Children’s Book Center, which says that fewer children’s books were written by Latinos or African-Americans in 2013 than in previous years. And while there were more books written about Latinos and American Indians, there were fewer about African Americans and Asian-Americans.

Sharon Draper, author of such books as November Blues and Copper Sun told CNN that teens “are hungry for good literature and it hurts me because we’re not offering them enough of what they need.”

This, of course, is a subject of long standing debate. Strickland writes that “There has long been criticism about the lack of diversity in young adult literature, books written for readers ages 12 to 18. Experts and authors like Walter Dean Myers point back as early as 1965, when educator Nancy Larrick stirred the conversation with an article entitled “The All-White World of Children’s Books.”

Myers wrote about the topic again in a recent New York Times article:

“As I discovered who I was, a black teenager in a white-dominated world, I saw that these characters, these lives, were not mine. What I wanted, needed really, was to become an integral and valued part of the mosaic that I saw around me.” As for de la Peña,, after noting that his other books were strongly aimed at the “Mexican-American identity angle,” he decided to write a book with broader appeal, The Living, for which a sequel is on its way.

“There is an evolution within our own work,” he told Strickland. “When you are writing with race as one of the elements of the story, early on, you write about race. As you do more work, the race becomes part of the story and not the story. I think that will be the biggest boost for multicultural literature.

“But on the flip side, I get worried about people who make the character black on the outside, but not on the inside.”

And Sherman Alexie, whose book The Absolutely True Diary of a Part-Time Indian wasNational Book Award winner as well one of the books most often challenged or banned in schools and libraries, notes that with young adult fiction “you can make real significant social change. There is a political, social meaning and everything I believe about the way the world should be has been reflected in a way that my book has been treated, appealed to and offended people.”

Strickland wrote that sites such as Diversity in YA help to encourage writers to diversify their characters; “after all, not every book including multicultural characters comes from an author of color. But for any writer deviating from his or her own experience, it requires extensive research and cultural immersion to avoid stereotypes and misconceptions.”

And of course, some authors blame the lack of diversity in YA books on a publishing industry reluctant to take risks by marketing only books that are similar to previous successes.

Cheryl Klein, executive editor of Scholastic/Arthur A. Levine, told CNN that publishers just don’t see “enormous numbers” of books written by “writers of color,” and that in any case, publishers turn down 97% of the manuscripts they receive.

Klein, who is also co-founder of the Children’s Book Council Diversity Committee, acknowledges that there is still room for improvement.

“We want to keep hearing more and more voices,” she said. “It’s important to have advocates at every stage, from editing to marketing, from librarians to authors, so it’s an industry-wide effort.”

Strickland noted that authors Alexie and Walter Dean Myers see the growth of small press publishers of color as another way to expand “multicultural representation in young adult fiction.”

“We see it time and time again: Innovation comes from the small press world,” Alexie said.

And at the National Council of Teachers of English convention in late 2013, Myers spoke about his dream of subsidizing publishers. His vision? “Teaming up with a university press to host a yearly contest for people of color who write young adult fiction.”

The efforts of all of these authors, and the rise of a new generation of YA authors, could finally bring about real change.

“Looking at these kids when I’m speaking, I think, ‘This is the generation,’ de la Peña, said. “They are going to write what they want and feature themselves.”