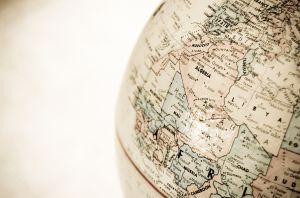 Writing for Kenya’s Standard Digital News, Anjellah Owino noting the popularity in Africa for romantic comedies asks, “Since almost all romantic comedies are chick-flicks…does it mean the African readership is thirsting for this genre?

Monity Odera, managing editor at StoryMoja believes there is a waiting audience, and has put out a call for authors to submit chick-lit stories with the intention of creating a local version of the UK’s Mills and Boon, in an eBook format.

“To cater for this market, we intend to unveil Drumbeat, a romance series, in September, during the Storymoja Hay Festival, Odera said.

To date, StoryMoja has published Vaishnavi Ram Mohan’s Best Laid Plans, which tells the story of an engaged Indian woman who meets and falls in love with a Kenyan man in a Nairobi traffic jam, along with Dilman Dila’s Cranes Crest at Sunset, and Lunchtime Quickie by Kiki Kalinga.

Yvonne Odour, who won the 2003 Caine Prize for African Writing for Weight of Whisper, told Owino that she believes that chick-lit is already in existence in Kenya, just not in novel form.

“In Kenya, this genre is common explored in monthly magazines and weekly newspaper pullouts. It has its readers because of the lighthearted and chatty manner of writing.”

Another publisher trying to make a splay is Nollybooks, a South Africa-based publisher founded by Nigerian-born Moky Makura, who “aims at attracting the female African audience” by publishing a series of romance novels without sex scenes. Makura, who is also a writer and television host described her heroines as “strong, confident, ambitious and knowing what they want.” Titles to date include Unfashionably in Love, Looking for Mr. Right, and Finding Arizona.

And finally there’s Shaleen Keshavjee-Gulam, who writes chick-lit titles using the pen name Kiki Kalinga. She says that what Kenyan readers want are novels with characters they can relate to.

“When we launched the Storymoja Hay Festival last September, we realized how badly people want to read romance novels written by African authors,” she told Owino. “There’s definitely a gap.”

Owino concluded by saying, “There are scores of chick-lit novels on display on Nairobi’s streets, meaning there is a market for them. Shouldn’t more African authors, then, consider delving into this genre?”