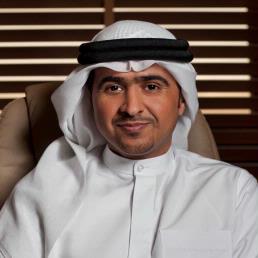 As the UAE’s The National reports: “Discover Friends for Life – that’s the tagline of the sixth edition of the Sharjah Children’s Reading Festival, which started earlier this week and runs through the 25th of this month. Aimed at igniting children’s imaginations, the festival has a mind-boggling 1,694 events lined up. And, like every year, all these events are free.

“…the 11-day festival will see the participation of 124 publishers from 17 countries, plus 30 bestselling children’s authors come together at Sharjah’s Expo Centre.

“Children will get to hear stories, play games, learn photography, watch films and even improve their maths besides reading books from the huge range available.

“One of the highlights of the festival is the UK-based interactive exhibition 1001 Inventions, which chronicles a thousand years of scientific and cultural achievements during the Golden Age of Muslim Civilization. An introductory film, 1001 Inventions and the Library of Secrets, starring Ben Kingsley, will be screened during the month-long exhibition.

“The best-selling authors descending on Sharjah include Britain’s Andy Stanton and Tony De Saulles and the American Fawzia Gilani-Williams.”

I’ve been fortunate enough to attend the festival for the last three years, and to my eyes, this year’s is the best organized and most exciting one yet.

During my time at the festival, I was able to speak with some of the authors, publishers, exhibiters and organizers to get their take on the festival, Middle Eastern children’s publishing, and much more. Ahmed Al Ameri, director of Sharjah International Book Fair, noted, “There have been very small changes to the reading festival since last year. His Highness [Sheikh Sultan bin Muhammad Al Quasimi, UAE Supreme Council member and Ruler of Sharjah] and his wife want the festival to be the start for a community that reads, a community of literature. Those children who come to the festival will then pass that love of reading on to their own families, and that’s the reason why we do this. And to show its support, the Sharjah government will spend 2.5 million dirham (around $750,000) buying books at the festival which will be given to school libraries.

“The number of participants this year has grown a great deal from last year. 350 publishers asked to join us, but of those, only 125 were selected. Of the artists entering our illustration competition, 200 applied last year, this year there were 300. Last year 75 artists were shown, this year there are 96. And they’re from all over the world – it’s truly an international completion that serves two purposes. One is to improve the quality of children’s books around the region, and the second is to have illustrators here to reach out to students both at the festival and through school visits.

“On the subject of the Arab market, I’d say it’s a lucrative market, that it can be a hard one to get into, but once you do get in, you’re in.

“There are cultural differences that can make the process difficult. When you do business with an Arab publisher, their mobile number is going to be on their business card. They need phone calls as opposed to emails. And they want to go face to face to build relations.

“And there are difficulties at the major book fairs. A lot of people who go to London or to Frankfurt schedule meetings three months in advance. Most Arab publishers can’t get a visa until two weeks before the event and are locked out of meeting with the people they’d like to do business with.

“One of your colleagues recently told me that each one of us has a book inside of us that hasn’t been written yet. My hope is that this festival helps to inspire children to write that book.” Caroline Lawrence, author of the Roman Mysteries and the Pinkerton Mysteries (Orion Children’s Books), addressed a select group of students at the Victoria International School on the topic of “How To Write A Great Story,” explaining that every story needs 7 plot beats: 1) Problem, 2) Desire, 3) Opponent, 4) Plan (Journey), 5) Battle, 6) Knowledge, and 7) New Level.

Afterwards, Lawrence spoke to me about Sharjah, Children’s Books and why she believes her books don’t sell in the United States.

“I love Arabic, I love Dubai, I love the landscape and camels. Because I write historical works, when you come to a culture that as different as this one is, it gets you thinking about other cultures, she told me. Egypt-based G. Willow Wilson’s “Alife the Unseen” is a popular title in the Middle East.

“My Roman mysteries didn’t sell in America – I think it might be related to the lack of education about Roman culture in the U.S. If only they’d been more like Percy Jackson…

“It seems to me that when thinking about children’s books in the Middle East that poetry, because of the tradition of the desert poets, rules, and that novelists are far from the superstars they are in the West. Here, poets are the superstars.”

“One novel that I’ve found to be very popular with a YA audience is Alif the Unseen by G. Willow Wilson. It’s very modern, yet it ties in to traditional Arab culture.”

Janet Fritsch, a fixture on the international book scene who was administering the American Collective Stand at the fair, explained: “We are an exhibit service for publishers – we don’t distribute or market – we’re a way for publishers simply to display their works at different markets. We are, in a way, the face of the U.S. publishing industry in many places around the world.

“Sharjah asked us to make an exhibit of bestsellers and award winners – not just American titles but British titles as well through the UK Publishers Association.

“We try to identify the appropriate publishers in the U.S. — as Emma House does in the UK. We contacted publishers and explained what we were looking for and asked them to put together “x” number of books to be exhibited.

“The service is free to them and they also have the opportunity to have their books published and sold by Jashanmal Books at the festival. This is very beneficial to publishers who don’t have distribution deals in the Middle East and want to enter the market.

“The publisher chooses the books they want to exhibit, and while there’s no restrictions, we do ask them to be mindful of their audience. In addition, while there are no restrictions to display a book, customs does carefully check the titles that are to be sold by Jashanmal.

“When it comes to the students I see at the festival, I’m pleasantly surprised to see the large number of children interested in reading books. A lot of them were carefully looking at the inside of the book and the back cover. I think that a lot them can only buy one book and so they’re carefully choosing the one they want.

“As for trends in books…from what I’ve seen, the girls like series and the boys like graphic novels and hands-on build your own things kind of books. And the adults I’ve seen have been interested in the books put out by Magination Press, books that deal with real issues – medical, social, and the like.

“While each year’s festival has shown great improvement over the previous years’, there are still things I think can be done to help the festival reach even larger audiences There is a need to communicate with schools a lot more on a number of different levels. More connection with the schools, more promotions to parents of the students at the schools.

“And what if there was some way to work with the parents and the schools and give each student who attends a small voucher that they can use to purchase their own book? That would be a way to not only encourage students, parents and schools to attend, but it would allow students to add to their personal libraries and to develop a love of reading.”