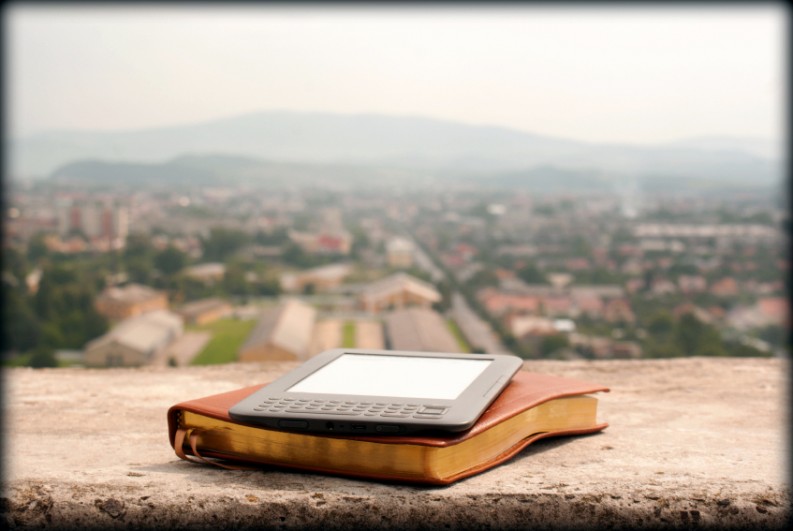 “Self-publishing is still verboten in literary land…literary authors have long resisted that approach, and rightfully so to some extent,” says Jane Friedman in the run-up to Friday’s Grub Street Muse Town Hall.

At this point, the most widely recognized symbol of digital publishing is arguably the ebook. The digital dynamic’s impact on the industry is more complex than the rise of e-reading, but that element probably remains the most immediate and visible idea of “digital publishing” in most readers’ minds.

For writers, the corollary here is self-publishing. The disruption means many more things, but if you mention “digital” in a roomful of authors at this point, ebooks and self-publishing may be top-of-mind for most. On Friday (May 2), Publishing Perspectives will present a live video stream of a special session at Grub Street’s The Muse and the Marketplace Conference in Boston.  What Every Literary Writer Needs To Know About the Digital Disruption: A Town Hall Debate is set for 1:30 p.m. ET / 5:30 p.m. GMT / 6:30 p.m. BST  / 7:30 p.m. CEST.

The event is an examination of the fact that — for the most part — self-published ebook success has belonged to genre writers. Romance, mystery, science-fiction and fantasy, and their myriad sub-genres appear to be the most fertile fields in which a self-publisher might grow a readership. When an AuthorEarnings.com report from Hugh Howey looked at some 11,000 top-selling genre ebooks at Amazon, the numbers suggested that as many as 27 percent of them were self-published.

Needless to say, one reason for this is generally assumed to be a ready audience. Genre fiction in many parts of the world has generated communities of readers around its various interests.

“I wish there were a community aspect to it, which the literary world needs. Where’s the literary person’s version of Wattpad?”

Literary fiction, by contrast, has no content guidelines, makes no promise of one topic or another, varies vastly in style and form. Not surprisingly, then, it’s perennially difficult to define without a fight. Claims of serious intent and/or artistic achievement may be asserted by fans of literary fiction. Its detractors love to charge that it focuses on language over plot; “navel gazing” poetics over entertainment; precious reflection over storytelling.

Grub Street’s Town Hall is not about those disagreements.

Instead, the session starts simply with the idea that literary fiction is a highly valuable element of our cultural landscape and, for the most part, its authors may not be finding as ready a footing in digital publishing as their genre colleagues are.

Grub Street’s executive director, Eve Bridburg, has asked for input prior to Friday’s session. You can read her note and respond at Where Are Literary Writers Online? Today, we hear from Scratch Magazine publisher and Virginia Quarterly Review (VQR) web editor Jane Friedman. She is one of the Town Hall panelists and will give Saturday evening’s 7 p.m. Marketplace Keynote Address at the Muse (follow #Muse14 on Twitter), “Writing for Love (and Money).” Her keynote is open, free of charge, to the public (at Boston’s Park Plaza Hotel) and Friedman has an advance look at some of her source material at Writing & Money: A Brief Syllabus.

In keeping with one of the tenets of her work — the idea that getting past the traditional forms is essential to the industry and its workers in digital times — Friedman tells us that digital literary success may be easier to find if we look “beyond the book.”

Thoughtful, intelligent “literary” work is doing quite well digitally if you step away from book-length or novel publishing and into journalism-driven or nonfiction-driven publishing. Most of the following outlets and platforms include some fiction, too, just not a lot.BylinerAtavistMedium/MatterSymboliaThe MagazineStorybirdHi

Hi, of course, is the GPS-fueled writing and visual platform developed by designer Craig Mod and rolled out last month. Publishing Perspectives has coverage of it in Hi Opens to the Public: Writing for Moderns and in Saying “Hi” and MIX-ing It Up: A Narrated World.

“One successful effort that got me reading literary fiction again,” Friedman says, “is The Silent History, produced as an app, and coming out as a novel by Farrar, Straus & Giroux” with a June 10 release date.

In other examples Friedman offers of literary-in-digital outside of traditional formats:

“To be critically successful”

And from VQR at the University of Virginia in Charlottesville, Friedman has some observations about how certain forms play on the Web.

“I can tell you from running the VQR site,” she says, “that just about no one wants to read short stories or poetry on Websites unless you’re the Poetry Foundation or Poetry Daily—or a megabrand.

“I wish there were a community aspect to it (maybe there will be), which the literary world needs. Where’s the literary person’s version of Wattpad? Does that even make sense? I’m not sure.

“Self-publishing is still verboten in literary land,” Friedman says, “and that’s half the problem here; a lot of the exciting stuff that’s happening is quite entrepreneurial, and literary authors have long resisted that approach, and rightfully so to some extent.

“To be critically successful and acknowledged as a literary writer,” she says, “in some ways you need to be anointed by someone respected in the literary community. For the scholarly, I’m thinking here of Pierre Bourdieu’s essay, The Field of Cultural Production.”