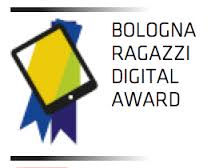 BOLOGNA: The 2014 Bologna Children’s Book Fair magnificently concluded late last month with a blush of spring to the delight of attendees. In occasion of this year’s Bologna Fiere, held March 24-27, this charming Italian city welcomed 30,000 trade visitors, including renowned illustrators, writers, and educators, to what is widely considered the most prestigious annual publishing event honoring children’s and young adult literature. Brazil was this year’s guest of honor country with an exhibit titled “Countless Threads, Countless Tales,” to illuminate its honored selection of 55 children’s authors. And while the book fair celebrated its classical vision as a platform for publishers to introduce published and upcoming titles to international markets, this year observed a palpable shift in sentiment toward digital media and its expanding influence on traditional publishing. A new digital category was added to the prestigious Ragazzi Awards this year.

At Bologna 2012, a new category, the Ragazzi Digital Award, was established to recognize achievement in children’s digital applications, and this year introduced a new initiative, Bologna Digital, inviting attention to the emergence of technology studios and start-ups producing applications, products and digital content for established houses. With a series of Digital Master Classes held throughout the week focused on interactive media, including a class “How to Animate Your Children’s Story” led by Italy-based start-up PubCoder, the new program confirms recognition of a maturing digital-era presence as publishers contemplate serious discussion how best to engage with multimedia forms of storytelling for upcoming titles.

In just one example, Sheikha Bodour bint Sultan Al Qasimi, founder of Sharjah-based Kalimat Publishing House, which received a New Horizons Award Honorable Mention for “Do Not Open This Book!” by author Fatima Sharafeddine, spoke about Kalimat’s efforts to develop digital learning applications in the Arab region with a newly launched imprint, Horouf. Sheikha Al Qasimi shared that “Horouf will develop curricula and educational materials in the Arabic language for children with the hope to advance innovative ways of learning beginning at pre-school levels, and as well, to inspire cross-cultural understanding.”

The annual Ragazzi Awards further symbolized the fair’s international sensibility with the second year of the Bologna Prize for the Best Children’s Publisher of the Year (BOP). Judged by fellow publishers in attendance, awards honor a publisher from six geographic areas of the world considered to have exemplified “creative excellence and outstanding quality in the publishing choices made during the previous year.”

Winners of the 2014 Ragazzi Awards noted in the following categories are:

Fiction Winner—“Le Noël de Marguerite,” text by India Desjardins, illustrations by Pascal Blanchet, publisher La Pastèque, Montreal, Canada, 2013. The jury noted, in part, “The story of loneliness and melancholy is developed through glimpses of interior and exterior worlds… [t]he central character’s emotional journey is illuminated throughout by gentle shafts of light… [t]he book exudes warmth without ever falling into sentimentality. The excellence of concept, design and execution convinced the jury that this was the outstanding book in the Fiction category.”

New Horizons Winner—“La Chica de Polvo,” text and illustrations by Jung Yumi, publisher Rey Naranjo Editores, Bogotà, Colombia, produced by Culture Platform, Seoul, South Korea. The jury noted, “This powerful, silent visual sequence is in the form of the book version of an animated film… The author sustains the same level of intense focus throughout this epic journey, convincing the Jury that this is a work of exceptional creative ambition.”

Opera Prima Winner—“Halens Historie,” text by Yulia Horst, illustrations by Daria Rychkova, publisher Cappelen Damm, Oslo, Norway, 2013. “The Jury felt that this was an astonishingly mature and culturally literate debut. The book explores the proposal, ‘what the world would be like if we all had tails?’ Every aspect of life and relationships is explored in relation to this theme.”

Fiction Digital Award Winner—“Love, The App,” Original text by Lowell A. Siff, original design and illustrations by Gian Berto Vanni; digital adaption by Gian Berto Vanni and Niño Studio, developer Niño Studio, Caba, Argentina. The jury noted “It was easy to love this app—tremendous digital imagination and inventiveness applied to a book which celebrates the textures and trickery of paper, and the power of vulnerable simplicity and visual poetry.”

The Hans Christian Andersen Prize was awarded to Japanese author Nahoko Uehashi and Brazilian illustrator Roger Mello. In noted tradition, Mello will design the cover of the 2015 Bologna Children’s Book Fair catalogue, with conversation already percolating next year’s edition will favor an even greater international reception as Bologna 2015 will introduce by its spring occasion, like the first chapter of a great story—or digital app—the May opening of Expo 2015 in Milan.