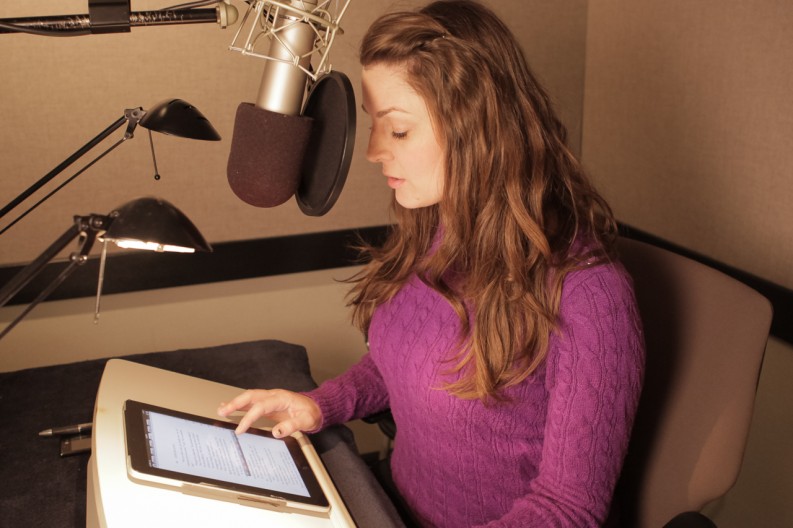 Audible founder and CEO Donald Katz on why UK rights holders should consider joining in a “grand experiment,” the Audiobook Creation Exchange.

Audible launched the Audiobook Creation Exchange (ACX), an online audio rights marketplace and production platform, in the U.S. in May 2011. The idea behind this grand experiment was threefold: to serve authors by giving them a platform that would grow their audience and ensure their audio rights are activated so as to generate revenue; to enable actors and other audiobook professionals to access work performing literature around the clock, because they could now audition online to create audiobooks; and to delight the millions of Audible listeners around the world with superior listening.

We launched with over 1,000 titles available via the ACX platform for online auditions. ACX has since enabled the creation of more than 16,000 audiobooks, fully one-third of the newly produced audiobooks added to Audible.com and mobile storefronts in the US in 2013. Over 26,000 rights holders and producers have created profiles on the site, with more than 100 new rights holders and 100 new audiobook producers signing up for the service every week. Not surprisingly, the marketplace and production platform has been adopted wholeheartedly by the growing community of independent authors who champion self-reliant participation in the delivery of professional creativity to consumers versus ceding this to traditional intermediaries.

Today, ACX is an integral part of Audible’s revolutionary audiobook ecosystem that also includes performances by A-List celebrities like Colin Firth and Kate Winslet as well as the growing roster of acting talent being nurtured through workshops at Juilliard in New York, UCLA in Los Angeles, LAMDA here in the UK, and eleven other schools. ACX is still young, but in the spirit of experimentation and innovation that has come to define the service – and because hundreds of talented writers and actors have asked us to do so – we’ve decided the time is right to provide a beta-like opportunity for authors, publishers and producers in the UK to jump in.

Here’s what author Neil Gaiman, who embraced the ACX platform from the beginning and produced his own acclaimed audiobook label using ACX, wrote about ACX on his Tumblr in 2012: “At the heart of the system is this idea: The rights to an audiobook often remain unrealized and the book is never recorded. And there’s huge potential sitting there, too—the potential for creative work, the potential for new income, and the potential for good listening.”

Savvy audio producers are indeed optimizing production costs via ACX in a variety of creative ways, even as the quality of audio productions continues to rise. Self-reliant independent authors work side by side with us to find new listeners. Beyond that, ACX has pioneered removing the once very high cost-of-audiobook-production barrier to the rights holder entirely; ACX’s overwhelmingly popular production option is a royalty share in which a producer contributes his or her sweat equity and in exchange splits the royalties with the rights holder. We’re continuing to test economic structures intended to help creators make more money.

We have doubled the value of our bounty payment to $50. The bounty payment is awarded to a rights holder (or split with a producer) each and every time his or her audiobook is the first purchase of a new AudibleListener member. Those ACX users who do promote their work are seeing their efforts pay off with returns on bounties that often surpass their royalty earnings—there are over 500 such cases on ACX, including one author, adept at using social media, who has achieved bounty payments 234% above royalties. With ACX marketplace connections and support, more authors than ever are having their books produced, more studios are creating audiobooks, more recordings are being made available, and more customers are finding the books they want to hear.

We recently added a distribution option for those who already have finished audio and just want to sell it on Audible channels, and now provide rights holders with unlimited promotional codes for each new title they produce on ACX, which they can give away to fans and friends to encourage them to download an audiobook (giving away free access can still maximize revenue for ACX users, since the free codes can still generate special bounties for contacts who become Audible customers). Whether authors use ACX or not, we always encourage authors to get their unused audio rights reverted so they can be turned into audiobooks. Since Audible invented and commercialized the first digital audio player in 1997 (the device is currently in the US Smithsonian Institution), we have believed that each and every book worth reading—or writing—should be available in audio, and we remain committed and inspired to work with brilliant creators, producers, and publishers to make this possible.