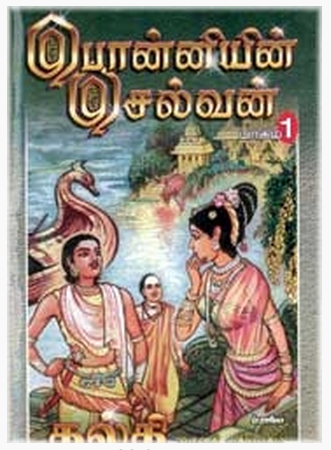 Writing for The Hindu, Lakshmi Krupa says: “Think Tamil literature. Think rich texts. We know we carry with us a treasure trove from our past, from the Sangam period to the works of Kalki, from Thirukkural to the works of bhakti saints…but what of our present and the future? Even as poets continue to push the boundaries finding ways to give voice to their struggles, Tamil fiction is a trickier proposition, say publishers.”

For example, as Badri Seshardi of New Horizon Media told The Hindu, “There are three scenarios currently in which Tamil fiction works. First is historical fiction which continues to sell well year after year. Here we see constant demand pouring in for Kalki’s Ponniyin Selvan. Then there are writers Sandilyan and Balakumaran. Second, when an author wins the Sahitya Akaedmi award, there is a demand for his/her work – provided it’s rightly priced. The following month when we have the Chennai Book Fair we can definitely see close to 1,000 copies more. In general, Tamil publishing scene, for a long time now nothing new has been working in fiction.”

At Manimekalai Prasuram, the goal is to find new and amateur writers. “We are not in search of bestsellers,’ said Ravi Tamilvanan, Managing Director, Manimekalai Prasuram. “We have not been focusing much on fiction. Instead, we find that self-help books are doing well. We currently have over 10,000 titles on sale.”

He added that, “The one good thing that Tamil books have going for them here is that the government procures copies by the thousands for distribution to several libraries so that people from economically weaker sections have access to them as well. The Anna Centenary Library in the city too has a good collection to which it adds new titles every year!”

Tamilvanan told the paper that the government prefers books that promote religious harmony “madha nallinakkam,” and biographies of great leaders, while staying away from books that spread superstition. He also noted that Manimekalai Prasuram’s books travel the world with the company’s managing director, from northern Sri Lanka to the U.S. on July 4, when the Tamizhar Tiruvizha takes place there. Tamilvanan is also proud of the fact that his is one of the few publishing that has offered 450 titles written by Sri Lankan Tamils.

Badri Seshardi of New Horizon Media noting that there are no runaway winners, and that none of his titles sell more than 20,000 copies, said that, “Today, no capable Tamil writer wants to focus only on Tamil writing, and understandably so. They all have something else to do, and write only in their spare time. Second, more and more talent from Tamil is now veering towards writing in English.” So what is that keeps publishers publishing? “We still think Tamil publishing is viable. Beyond publishing we are looking at general Tamil book retail. Also, the non-shop, Internet/phone platform throws up a lot of opportunities that can be profitable! Amazon’s Kindle doesn’t support Tamil and we see an opportunity there too. We will work on creating a strong Indian language e-platform as well.”

To help push the Tamil publishing in the right direction, Manimekalai Prasuram’s Ravi Tamilvanan offered advice: “People could consider gifting someone a Tamil book. In schools, we hope the library hour is restored. This is the hour we all looked forward to as students and we hope the government will find ways to recognize publishers and their contributions to the language with awards, the way it recognizes artists with a Kalaimamani.”

And beyond that, Tamil publishers are looking for ways to innovate. For example, Manimekalai is working on a new kind of self-publishing. The ‘ezhuthalar – pathipalar mudhaleetu thittam’ is a plan that allows writers to pay the publisher to print 1,000 copies of their book. “The writer can handle the sales of 300 copies, through a book launch and other sources, and we will handle the other 700 through out network,” he told the paper.