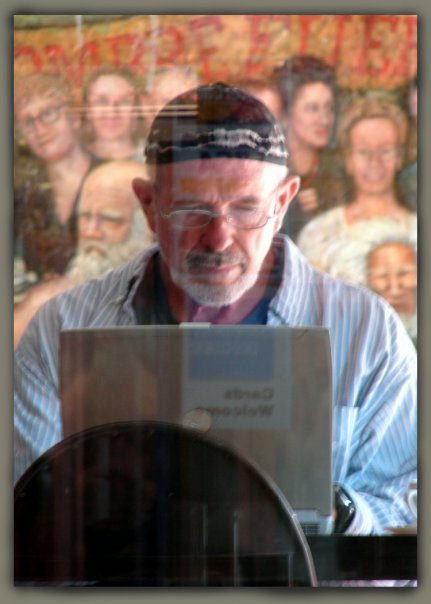 A look at how and why Texas’ tiny Cinco Puntos Press are using crowdfunding to finance and publish their latest book of poetry — and how it can expand audience.

EL PASO, TEXAS: What first catches a visitor’s eye on the Cinco Puntos Press Rockethub crowdfunding campaign page is the video. It features press co-founder Lee Byrd right up in the camera and thus the viewer’s face, delivering less of a “why you should donate” pitch than a homespun, off-the-rails monologue about her husband, poet and Cinco Puntos co-founder Bobby Byrd. Her anecdotes about Bobby’s and forthcoming book for which the campaign is fundraising are intercut with a home video of a previous grassroots outreach effort for his 2006 project, a CD that matched Bobby’s poetry with music by noted rock ‘n’ roller Jim Ward of Sleepercar, Sparta, and At the Drive-In.

The video’s content and quality are quite different from other much more composed, deliberate videos that are the result of standards and practices put into place by a few years’ worth of crowdsourcing. In other words, the video is very much in the spirit of Cinco Puntos Press, which has been doing things differently—that is, in ways that most other people in the profession would deem unworkable—with measured, ever-increasing success over its three decades. (An earlier Publishing Perspectives article on Cinco Puntos press offers more detail about their unique business model.) The concept of crowdfunding (which is raising money to bring a fully fleshed-out project to fruition versus crowdsourcing, which brings resources and talents together to complete a project) hadn’t been on the Byrds’ radar until Rockethub’s founder Brian Meece traveled to Cinco Puntos’ hometown of El Paso, Texas. Meece conducted a public presentation for local entrepreneurs based on his successful partnership with the West Texas athletic shoe company Spira, which resulted in promotion by A&E and a tie-in with the popular reality show Duck Dynasty.

The Byrds had been looking into new ways to capitalize after their long-time author Benjamin Alire Sáenz received the PEN/Faulkner Award for Fiction last spring, resulting in a jump in sales. This capitalization included not only literal revenue streams or long-range investors, but also a better reaping of their audience.

Cinco Puntos’ third partner, Lee and Bobby’s son John, believes that the company has always been good at identifying market inefficiencies within the publishing world, and wanted crowdfunding to be part of that tradition. “Most books published are by white writers who live on the East Coast,” John told Publishing Perspectives. “So we realized that demographically there’s a large audience for non-white writers, so we’re seeking to capitalize on it and we’re really good at it, but we’re trying to connect with some additional capital so that we can take what we’re doing further.”

“We realized that demographically there’s a large audience for non-white writers, so we’re seeking to capitalize on it.”

Crowdfunding was a big draw given that, ideally, it provides both capital and publicity, not just one or the other. “[Meece] was talking about it a lot as an opportunity to not only sell what you’re doing but to create a broader audience for it. We’re always looking for ways to push beyond the people that we know enjoy our books and are buying our books,” says John, whether those methods are within or outside of the traditional publishing framework.

John believes that their Rockethub campaign is akin to pre-selling and may feel more comfortable to the publishing world when regarded in that fashion. The benefit that he and his parents are shooting for, however, comes from crowdfunding’s ripple effect, which they hope will push their league of supporters out beyond an immediate, intimate network, and cultivate a larger group of supporters to cheerlead the publishing house through future literary offerings.

“[The Internet] creates opportunities for discoverability that didn’t exist 20 years ago,” says John. “It gives us one more way of finding this audience that isn’t being reached by the traditional book industry structure.”

Bobby offered up his forthcoming poetry collection Otherwise, My Life is Ordinary as the guinea pig for Cinco Puntos’ foray into crowdfunding. It also had the added effect of pushing the company to take its online marketing and social networking off the back burner. The company’s Facebook page has gained a thousand new fans over the past year alone and Twitter followers are ever-increasing, but Cinco Puntos is hoping that by pushing contributors to share what’s going on with the crowdfunding campaign, the company’s social media spaces will get an even greater boost.

“My dad realized that he would be a perfect test case because in order for this to work the author of the book really has to buy in and they have to have an existing network,” says John. The Byrds also recognized that not every author is going to be in a position to offer the kinds of rewards that could bring in a wide range of donors, whereas Cinco Puntos had a varied catalogue of perks to choose from in addition to very special experiences they were willing to offer. (For instance, early on they sold out of the award to contributions of $250 and above, which was a home-cooked meal by Lee served on the Byrds’ front porch.)

The new book also challenges the traditional book industry’s structure, which is, as John states, “Not really all that receptive to poetry.”

“Of all genres, poetry is probably the worst in terms of sales,” Bobby opines, quoting his old friend Alexander “Sandy” Taylor of Curbstone Press, who used to say, “Poetry is publishing suicide.” With a big smile on his face, Bobby says that the campaign has been a lot of fun so far, and that attitude is key to successful management of a crowdfunding campaign. The Byrds may have set their bar too low given that 50% of their goal was raised just four days into the campaign and, with a little more than a week to go, they’ve raised $2705, or 109% of their goal (Rockethub will take 4% of that for administrative costs). But no one can blame them for going the better-safe-than-sorry route their first time out of the gate.

Lee acknowledges that putting the campaign together was very time- and energy-consuming, including researching previous campaigns on Rockethub and similar platforms. The Byrds didn’t find many books campaigning for support and, when they did find them, they were mostly self-publishing efforts or initiatives by start-up companies versus anything being done by a long-time publisher. But the company’s leaders don’t think it will take long for more independent presses to use crowdfunding as a model for pre-selling.

Bobby is hoping that they’ll come out of the campaign with a solid number of what he calls “loudmouths”—that is, “people who will be vocal about telling their communities about something they are impassioned about. This cultivation involves changing the psychology behind consumerism from selling to a customer to a more participatory exchange in which a fan or supporter base feels like they are contributing to a greater experience. “This idea of having a campaign or something for people to get behind is just a different way of selling the books and of converting readers into supporters,” John says.

Not only are the Byrds learning what can be done in the realm of crowdfunding, they’re also discovering more about the metrics behind social media. They recalled a presentation on social media marketing that they attended at a conference just two years ago when no one seemed certain about how to best capitalize on Facebook, Twitter or anything else, and the efforts behind maintaining these online presences didn’t calculate a good return on investment.

“It’s a struggle for everyone, trying to translate a successful online presence into sales,” says John. “It’s great that we have several thousand likes on our Facebook page, but the only commitment that is is just clicking the ‘Like’ button. We’re trying to translate that into real sales. We want people to brag about us.”

Pragmatically, the Byrds are looking to raise what they need to cover the cost of printing a run of about 2,000 books, not including design/production fees. John categorizes the campaign as a “controlled experiment” to see if and when this system can be used on future projects in a way that really maximizes the success of those books. Aside from making their money back, what is key for the Byrds is launching their books into a successful life.

For John—who represents the generation that will lead Cinco Puntos into the next few decades—the company’s Rockethub campaign is also part of a larger effort to get the book industry out of a rut, much like what Cinco Puntos was born to do in 1985.

It’s also an extension of what John calls his parents’ “risk-taking” business spirit. “They’re always trying to push the envelope and so part of the reason we started to do this was because they weren’t content to publish this book and not have it reach a large audience,” he says. “We’ve had an idea over the years what the traditional publishing mechanisms would sell and we didn’t want that. We want to get beyond that.”

Bobby recalls that nobody gave Cinco Puntos much of a chance when it launched, noting that when they began publishing bilingual books, the reaction they received from industry peers was rooted in disbelief and pessimism.

“Everybody thinks of El Paso as backwater,” he says. “That’s changing, slowly, but we always tell people that El Paso is a strength because we can see things that other people can’t see.” With their new venture into crowdfunding, the Byrds are placing their bets on decades of future success not only for Cinco Puntos, but the independent publishing arena at large.