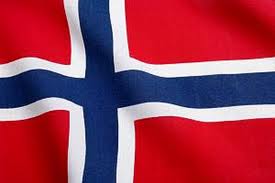 Writing for the New Republic, Evan Hughes, noting the fact that Karl Ove Knausgaard’s My Struggle has already sold as well in Norway as The Great Gatsby has sold in America says that “[Norway] is one of the most enviable places in the world to be a writer or publisher.”

1. Due to the oil boom, it’s one of the richest nations in the world.

4. Because the country of the combination of “oil wealth and a robust Scandinavian state, government funding of culture is substantial.” All published material in Norway is legally required to be deposited in the National Library, and the National Library is currently digitizing everything in its collection: everyone in the country is able to view the material free online; for copyrighted material users can access the text but are unable to download it.

5. When a new Norwegian title passes “quality control,” the Arts Council purchases 1,000 copies for distribution to libraries – 1,500 copies if it’s a children’s book. Hughes writes that “The purchasing scheme, I was told, keeps alive many small publishers that could not otherwise exist. American independent presses would drool at the prospect. Another effect of the scheme is that it subsidizes writers as they build a career. They make royalties on those 1,000 copies – in fact, at a better rate than the contractual standard. Books are also exempted from Norway’s value-added tax.”

6. Deep discounting is basically banned, as it is in a number of other European countries. Hughes says that this protects booksellers “from the likes of Amazon,” and it also means that “the profits from blockbuster titles, which would otherwise be the most heavily discounted, subsidize all other books to an even greater degree than they do here. You could say that Knausgaard has kept a lot of writers in business.”

7. Norway’s leading bookstore chains are owned by the major publishing companies. Hughes says that “Some prominent industry figures in the U.S., such as Andrew Wylie and Mike Shatzkin, have recently suggested that the big publishers here, particularly Penguin Random House, out to follow suit and get into the bookselling game. (Others in the business have noted that American publishers have tried this in the past without great success.”

8. Writers receive significant support as well. “Renowned artists” receive a guaranteed income (generally until retirement), while others are eligible to receive one to five year work grants.

To read the article in its entirety, click here.