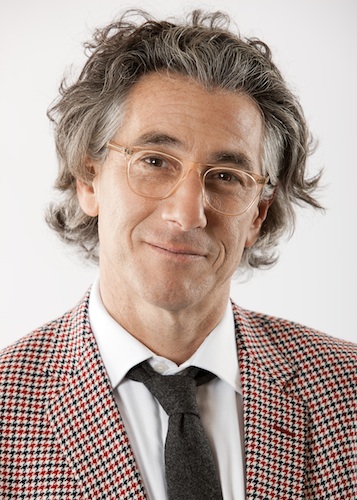 Join us on April 24 in NYC at this half-day event, where we’ll discuss how to sell more backlist titles, find new licensing and distribution channels, and explore new ways to repurpose your content. Tickets are on sale now! Ira Silverberg will keynote the “Monetizing the Backlist” conference next Thursday in NYC.

“When I was an agent with Sterling Lord, I wanted to see backlist be a major contributor to overheads. I brought back James Purdy and the Jacqueline Suzanne and Gavin Lambert with some success,” says publishing industry stalwart Ira Silverberg, who will keynote Publishing Perspective’s “Monetizing the Backlist” conference next week in New York City. “When backlist is actively marketed, it’s a wonderful opportunity for both publishers and for writers, who will see unexpected revenue.”

The key, emphasizes Silverberg — who is himself about to begin a new position as Strategic Advisor for Author Brands at Open Road Media — is the marketing. “If you are a particular type of publisher, Little, Brown or Open Road, for example, you understand this and market it on several platforms. There are so many ways to get the information out — whether it’s tying something to an anniversary of an event, a holiday or something like a book festival. You cater to a specific audience and that audience can make a big difference.”

That so much of publishing has gone digital certainly makes it easier, but “merely having things in digital form is not the answer,” says Silverberg. “When I was at the National Endowment for the Arts we were actively funding not-for-profit publishers who wanted to take their backlist from physical to digital, but many of them were not doing well with the books because they were not doing any marketing for them.”

It often comes down to having enough staff to handle this sort of marketing. “But as overheads have gotten higher, there often just isn’t the money to have the staff to do this and we have lost these opportunities in the industry. Still, that is changing. A new generation of marketing people is coming into publishing, often from outside the industry, and helping us get our backlist into the hands of writers and readers. And many of these books are on the literary side as well. Think of all the literary blogs out there all over the world. What kind of an opportunity is that?”

Silverberg points to publishers like Dzanc Books or Emily Gould’s “Emily Books” as good models of publishers able to cater to the needs and desires of niche audiences.

“No one would be doing this if there wasn’t an opportunity to get the books onto the screens of readers. As with anything having to do with backlist, you have to see what’s old that’s new or make it new again. If you can create energy around the books, then you’ll see the clicks.”