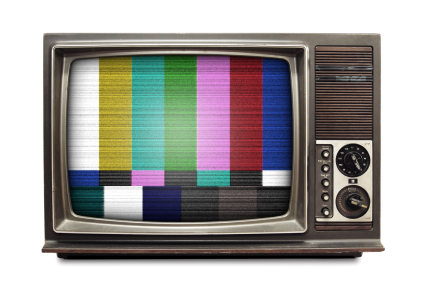 Académie Balzac, a new literary TV reality show in France, is trying to succeed where others have failed by convincing authors to have sex in a swimming pool.

Today’s feature story looks at the finale of Masterpiece, the reality TV show that touted itself as the competition for “Italy’s next great writer.” As Claude Nougat argues, the show was a disappointment in part because it failed to produce much, if any, real drama. She blames this on the fact that writers, by nature of their chosen occupation, need to empathize with others if they are going to succeed.

Though it’s no secret that writers are competitive with one another — for a satirical take on this, see Jim Magnuson’s latest novel Famous Writers I Have Known — the stress of trying to out do another writer can be as destructive as it might inspire a writer to greater and greater production. Just look at any of the famous literary rivalries: these are ultimately about personal relationships and rarely inspire great art. ActuaLitte’s Nicholas Gary: “Authors, you will have sex in the swimming pool.”

But with a literary TV reality show, you’re essentially sending authors to the equivalent of summer camp and hoping for adolescent drama to develop. Typically, though, such adolescent drama also leads to bonding. That doesn’t make for good TV.  And, let’s face it, it’s not a profession that typically attracts the tattooed, surgically enhanced petty narcissists that have consumed so much television airtime over the past decade.

As much as framing the production of literature as competition remains a bogus conceit, that doesn’t stop people from trying. The latest reality television show featuring authors is taking place in France, Académie Balzac; it goes into production this summer. The show, which is being produced by the French literary news service ActuaLítte, will gather 20 writers at a castle to each write a book in 40 days while they are being filmed, Big Brother–style, 24-hours a day. The twist is that to qualify for the competition, the authors will have to have previously published a book. In other words, these are pros, not amateurs.

That said, when I met with ActuaLítte founder and Balzac Académie producer Nicholas Gary last week in Paris, he confessed that he knows if he’s going to attract viewers,”the authors really, really need to get drunk on Champagne and have sex in the swimming pool,” adding, “with lots of bubbles of course, so it is discrete.” (Trust me: if anyone can inspire the writers to misbehave, it’s likely Nicholas.)

Still, I have to wonder, is the mass television-viewing public ready to watch writers, well, write? Sex in the swimming pool is one thing, but watching them edit and fret and, God forbid, suffer writers block doesn’t sound like compelling television viewing. And, honestly, do we really want to watch other pursue and suffer and likely fail at a dream that so many of us share?

It’s just all might be a little too much like real life, when what television demands is fantasy.

Sex in the swimming pool, anyone?