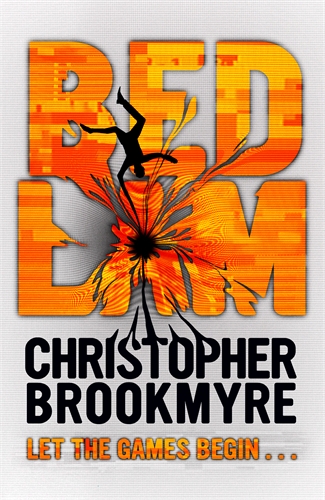 At the London Book Fair last week experts in video games development shared their insight on how writers can break into the lucrative and growing industry.

LONDON: In Los Angeles, every pool attendant wants to write a movie script. In Oxford, every waiter or waitress is trying to write a novel. At the London Book Fair last week, everyone – even established authors – seemed to want to write for video games and other interactive media.

And few of them had any idea of where to start. “I had an established writer come to the games stand and ask me how she could write for games,” said Nick Witcher, speaking in answer to a question from the audience at the London Book Fair’s “How To Work With Games Developers” workshop. Witcher is marketing director and co-founder of Brighton-based games design studio RedBedlam and has adapted Christopher Brookmyre’s Bedlam for the computer screen.

“To be honest I didn’t know where to send her. I’d like to know as in the past we have done the writing in-house quite poorly I think.”

Interactive writers are the men and women who come up with the stories and write the dialog and even the text messages seen in a range of interactive media from games to apps. Often working in a team, they may find brainstorming and mind-mapping skills just as important as old-fashioned writing skills. Rather than a novel, what they produce is closer to a film or TV script.

Speaking in a Q&A session on Wednesday, Rhianna Pratchett argued that while “there is a desperate need for new talent in the industry,” it is nonetheless an industry that undervalues writers, even if attitudes are slowly changing. Pratchett started her career as a games journalist before moving on to write for hit games like Heavenly Sword and the Tomb Raider re-boot, and she is now co-director, writer and narrative designer for independent TV production company Narrativia, set up by her father, Sir Terry Pratchett, with exclusive global multimedia rights to his stories. Last year she was inducted into the European Women in Games Hall of Fame.

Like TV or film writers, games writers “are just cogs in the machines and are not invited to the top table.” It is worse in some ways, she feels, as the games industry is “still suspicious about writers.” There is a perception that “the writers do the writing bits, the cheap and easy things that are slotted in at the end of the design process; whereas they really need to be involved in world-building from the start.”

“Writers can expect ‘a very low level of narrative literacy’ in the industry.”

However, “there is a growing acceptance of the need to have writers on team, but the problem is how to integrate them.”

Sometimes so much of the focus of the design is on the gameplay that some games are produced with “no narrative,” and she is hired to be “a storytelling doctor, working backwards, reverse-engineering a narrative into it.”

Still, “narrative designers who look at the mechanics of how a story is told are much more integrated into the team than the writer.”

Pratchett warns that wannabe games writers can expect “a very low level of narrative literacy” in the industry. “They like cake but don’t know how to make it.”

There are also, she says, very different attitudes between the studios that make the triple A games and the independents. “It really comes down to budget vs freedom.”

Writers have to play the games they want to write for in order to “know what battles to fight.” She finds it “deeply weird” that some writers don’t. “How can you write if you don’t know about games?”

David Varela is a top games writer, producer and narrative designer in the UK.

David Varela agrees with Pratchett that “writers are clearly undervalued in the industry” and that “there has to be a better sense of where story sits in the process.” Varela is an interactive writer, producer and narrative designer who has worked on some of the world’s biggest Alternative Reality Games (ARGs) like Perplex City and Lewis Hamilton: Secret Life. He just finished working on the smash hit Sherlock: The Network app with London based digital production company The Project Factory and was in the audience for “How To Work With Games Developers.” In September, Varela will be one of the tutors on the Arvon Foundation’s first-ever writing for games workshop this September, ironically in Ted Hughes’ old home at Lumb Bank in Yorkshire. Rhianna Pratchett is the guest tutor. Like Pratchett, he sees the writer’s role in games as being closer to that of the film and TV industry than traditional publishing.

“It is rare for writers to come up with an idea for a game themselves and have it accepted due to the range of skills required to do so. I have known writers who have worked for the same studio for several years, whose feet are firmly under the table and who still wouldn’t have enough clout to suggest a project and have it accepted.”

A few studios do have a full-time writer who can author and co-ordinate projects, he adds. Or there are the bedroom coders who can pursue their own vision, like Lucas Pope and his BAFTA award-winning Papers, Please.

Varela believes that a writer without any other skills to turn a story idea into reality is unlikely to make it happen “unless they are adapting a game from their own book” like Christopher Brookmyre or Terry Pratchett.

Sometimes, he warns, work may go to a novelist or graphic novelist who has written about a subject before rather than to a specialist games writer. There is also a huge range of diversity in games, which means every writer will not be suitable for every project.

As with writing for TV or film, writers have to get used to working in a team, with everyone having different specialities and roles.

“In Perplex City, there were four of us – a novelist, a journalist, a dramatist and a game designer – all to do different bits from writing the stories that appeared in the in-game newspaper to organizing the mechanics of the overall narrative.”

Varela sums up the process by saying that writing for games “is an incredibly unstructured mess” that has both an upside and downside for the wannabe games writer.

“On the one hand, when people are looking for writers, they don’t know where to look and there is no defined career path; on other hand there are multitudes of ways in and no establishment to break into.”

For his part, Nick Witcher believes that “someone is missing a trick” about helping people to become interactive writers, but he is not going to forget about the writer who asked for his help. “I am going to have a think about it, and I have got her email.”