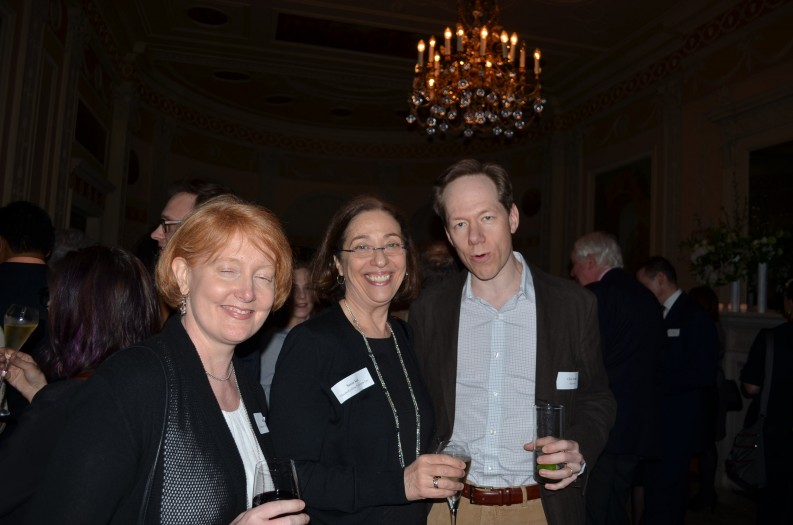 HarperCollins’ annual pre-LBF launch party is an annual mainstay: think Downton Abbey, only with agents and publishers, rather than butlers and footmen.

In an industry in which constant change is the norm and which often sees four new start-ups  in the time it takes you to nip out for a coffee, it’s always reassuring to find that there are a few things that remain the same.  One such is HarperCollins’ annual, pre-LBF bash held at Home House in Portman Square, behind the department store palace of Selfridges.

This is always a packed affair, with no room to swing a Kindle, although it was possible to have a conversation with Amazon’s UK MD Christopher North who turns out to have been having a few problems with Kindle himself recently. “Some people talk about books by their bedside,” he said.  “With me, it’s Kindles.  Every time there’s a new model they send it to me, which is fine except when I’m reading something, I can never remember which Kindle it’s on.  I know it’s saved to my Kindle library and they talk to each other, but even so….”

His file of choice at the moment is the new Michael Lewis book on City chicanery, Flash Boys, with North offering: “He has the ability to explain difficult concepts in everyday language.  But I need a good novel to read too – I’m looking for recommendations.” Christopher North with Kate Jackson (far left) and Susan Katz (middle), both from HC US Childrens.

The great and the good are always at this party, squeezing into the grand eighteenth century drawing rooms, with their drapes and chandeliers – think Downton Abbey, only with agents and publishers, rather than butlers and footmen.  Among the throng this year was Overlook’s Peter Mayer, fighting fit after a recent, nasty fall and prompting Berteslmann’s Marcus Dohle to exclaim: “Peter, you are a rock star of publishing!”

Host Brian Murray, HC Worldwide supremo, addressed the change issue too.  “I don’t think the world of editors changes, the world you’re seeing here.  But when it comes to selling and marketing – that where’s the real change is, that’s where it’s all about getting close to the consumer.”

One still notably absence of course, was former HarperCollins’ UK boss Victoria Barnsley.  The world at the party was that she has her hands tied until July, under the terms of her severance, but some plans have been aired.  One agent commented: “I’ve heard one plan which I thought was so mad, I won’t even mention it.  But I’m sure she’ll do something.”