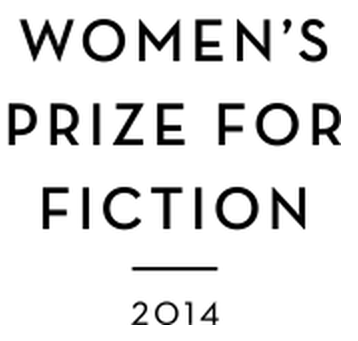 The Bailey’s Women’s Prize for Fiction (formerly the Orange Prize), the UK’s only annual book award for fiction written by a woman has announced its 2014 shortlist:

The prize, which comes with an award of about $50,000, was founded in 1991 when organizers noticed a lack of respect for novels written by woman. That year, while 60% of the novels published in the UK were written by women, not a one was shortlisted for the Booker Prize.

According to the prize’s website, “Research showed the women’s literary achievements were often not acknowledged by the major literary prizes, acing that the prize, “makes a significant difference to the profile and sales of authors shortlisted.”

And writing for the Telegraph, Helen Fraser, Chief Executive of the Girls’ Day School Trust and chair of judges for the 2014 Baileys Women’s Prize for Fiction looked at the sheer amount of books that needed to be read:

“At first the organizers spoke about 130 books, but that soon crept up to 140, 150, and finally 158. Every imprint in the UK is allowed to submit three novels, by women, published between last April and this March. Every novel submitted is read by at least two people – the chairman has to read every title, and the other four judges a quarter each, plus any others fellow judges ask for a third reading on.”

And what did she learn from reading 158 novels written by women over the past year?

“A key theme that emerged from the books was an obsession with the past. Of the 158, 47 were ‘pure’ historical novels, set entirely in another age. Of the remaining 101, many went back in time to the second half of the twentieth century finishing up as the characters reached the present day. The nineteenth century was wildly popular – 22 novels in all – as were the world wars (five World War I novels and four World War II).

“I must admit that I got very tired of nineteenth century novels where there was only one woman character of any interest and she was a prostitute. I also got to the point where I felt that another fin de siècle novel set in Paris with murders and famous artists and writers would make me throw the book at the wall. The New York art scene in the second half of the 20th century was also a very popular setting. However, there were wonderful historical novels in the mix, and equally wonderful novels that were set in the present day. The ones that gripped us had an energy, an originality of voice, a sense of being not like anything else we read.

“We felt very proud of our longlist – 20 titles that we thought were diverse, surprising, engrossing and fitted the prize criteria of ‘intelligent, original and accessible.’”

The prize will be awarded at a ceremony in London on June 4th.