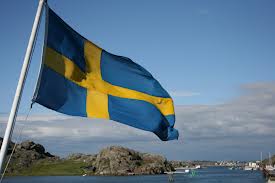 Tablets DYI reports that prospective Amazon customers in Sweden will have to wait a bit longer before they can make their purchases from Amazon.se. As it stands now, a fifty-seven year old business woman owns the domain and won’t sell it, “despite reports of repeated attempts from the retail giant to purchase it.”

The article says that, “The domain, purchased in 1997 by a Stockholm-based advertsing agency called Amazon AB, doesn’t actually lead to a website, but rather to a landing page that simply states it is under construction. This has caused many critics to accuse the woman of holding the domain hostage, as so-called domain squatters have done in the past; these people – whether thugs who drive up the price or smart business people who capitalize on their foresight by purchasing domains before anyone needs them – typically sell to the business or person that wants that domain for a nice profit.

“What many vocal opponents who are crying ‘selfish’ have forgotten is that it’s not uncommon for businesses to buy the various domains associated with their company names in order to protect their brands and prevent confusion for their customers. It’s highly likely that the ad agency’s clients would accidentally find themselves on the local Amazon retail portal instead of the agency should the sale of the domain go through.”

At the same time, as Nick Davies reports for Melville House, “Amazon has made inroads in other ways, recently reaching a deal with Bokrondellen – which Nate Hoffeider of The Digital Reader describes as ‘the central book database for the Swedish bookselling industry’ – that allows them to sell books in Sweden. Bokrondellen CEO Christer Perslov said of the agreement, “Now Amazon can sell Swedish books on all their sites. If they want to make it in the USA, Germany, England – or if they want to start a Swedish site – it’s up to them. Obviously they haven’t shared their plans with us.”

And at TeleRead, Paul St. John Mackintosh writes that, The website issue may not be the only anti-competitive hurdle in the way of Amazon’s entry into Sweden. There are strong indications already that Sweden is a quasi-duopolistic bookselling environment, with Bokrondellen itself launched and owned by the major publishers, notably Bonnier. Bokrondellen itself has also been harshly criticized within Sweden in the past for being difficult to operate and seek information from. Amazon may have had to cosy up to the operators of a cosy market in order to get inside the door, but some sort of shakeup for the market may be well overdue.”