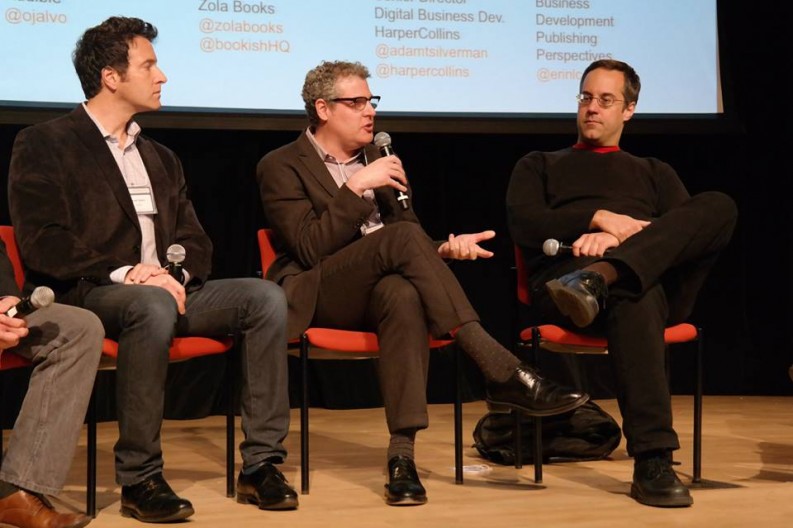 Every book is a backlist opportunity. Here we offer 8 tips gleaned from Publishing Perspectives’ “Monetizing the Backlist” conference last Thursday. On April 24, Publishing Perspectives held a half-day conference at Scholastic, sponsored by Publishing Technology, called “Monetizing the Backlist.” Intrepid entrepreneurs took the stage along with seasoned self-proclaimed “old publishing salts” [ahem, Ira Silverberg] for a series of lively debates, conversations, and presentations. The purpose of the morning was clear (monetize the backlist, that ole  ‘pile of gold’), but the way to do so was a tad murky. It’s such a loaded topic, and there are so many ways to tackle it.

What are publishers doing with their vast backlists of content? First of all, strike the word “backlist.” Alternately, we should begin to consider, instead, the overarching cycle of the book’s life. Books previously gathering dust in warehouses with expensive rents are now repositories of content that can be repackaged, bundled, spliced and diced. Add an old chapter to a front list title to drive readers back to the old stuff…writers are, after all, brands.

Silverberg spent some time in his keynote address parceling out the personalities of readers, which led to the vast subject of understanding your reader’s habits: mystery readers love to load up their devices; poets don’t (to the chagrin of Copper Canyon, who, we learned, had what Silverberg described as an epic fail in “monetizing” their poetic backlist).

Jacob Lewis, VP and Publishing Director of Crown Publishing at Random House, explained that, first and foremost, you need to know what you have. Neil Baptista, CEO and founder of Riffle, likened it to gold.

Here are some shorthand tips that emerged from the day:

Your backlist should work alongside your front list. It’s a healthy partnership. People want to revisit books. And, as the cliché goes, to anyone who hasn’t read a book before, it is new. Use chapters from backlist books as teasers in front list books. “Every frontlist book is a new backlist opportunity,” said Lori Benton, VP and Group Publisher of Scholastic Trade.

In addition to having gorgeous jackets, consider visual tropes that will tie books together as a series. Authors are brands, and the look of the book jackets should reflect a continuous brand.

A clear winner in this arena is Beneath the Ink. Its cofounder and CEO Sherisse Hawkins was on hand to explain how her company is using “Binks”—similar to hyperlinks within the pages. Readers are treated to extra content that’s embedded into the pages, for example encyclopedic definitions, photos, and much more. One needn’t be online to click through to a Bink.

Look at your backlists as categories. For example, if there’s a war anniversary coming up, what military war history do you have hanging around in your archives? In this way, traditional publishing houses could take a lead from the magazine world. Randy Petway, COO of Publishing Technology, made the adroit observation that magazines, though suffering huge blows, understood their audiences and were able to harness them in categories as they moved titles online. Theirs were communities of hobbyists: gardeners, avid historians, you name it. These communities exist online. They’re on message boards and they crave content. Give them what they want.

Know it. Understand it. Use it. And then use it again. You’re going to be much happier in the long run if you adopt good “metadata” habits from the beginning of a book’s trajectory. In other words, be proactive and think like a librarian. Remember Boolean Logic, people? Crack out those search terms and keywords with aplomb!

6. Rekindle Your Romance With Libraries

Publishers need to make friends with librarians again. Librarians are the word-of-mouth gurus. They’re not your enemy; they’re your friends. Their job is to put your books into their patron’s hands, and it’s tough waters navigating the new digital license terrain. Can there be new ways to make that easier for them?

Julie Trelstad, Director of Digital Rights at Writer’s House, discussed the ongoing and mercurial nature of digital rights and contracts. She has her work cut out for her; under the umbrella of Writer’s House there exists twenty agents working as independent entities, who all need to be well-versed in milking the digital out of contracts. One of the obvious contract adjustments would be for  apps, but Trelstad says that of the parade of app developers who go through her offices, the vast majority have trouble showing value in that investment.

Sometimes it’s quite simply that a brand works in your favor. Matt Dellinger, a digital strategist who helped digitize the archives at The New Yorker and Vogue over at Condé Nast, got lucky. Selling the value of the archives of The New Yorker wasn’t a difficult task (though the visual of him renting a uHaul and driving the entire inventory of the magazine to middle America to have it produced into a set of now-obsolete 8 CD ROMS was comical). The trust in the brand goes without saying. Likewise, for the company’s sister publication Vogue, the opportunities for repurposing content posed a daunting task with an encyclopedic payoff: Voguepedia, a collection of all items shown on page. Search for  “Blue Scarf” and see what happens.

HarperCollins has launched their own reader, which they believe will create a direct link to their consumers, allowing them to continue learning reading and buying habits from that interactive relationship. But the problem with this, says Adam Silverman, Harper Collins’ Senior Digital Business Developer, is that consumers don’t latch on to HarperCollins as a household brand namesake in the same way as they do with The New Yorker or Vogue. The niche-hopping of the publishing house makes that impossible, what with the fine mix of everything from graphic novel to women’s health to military fiction.

The riches of your backlist are at your fingertips, but only if you use it wisely.