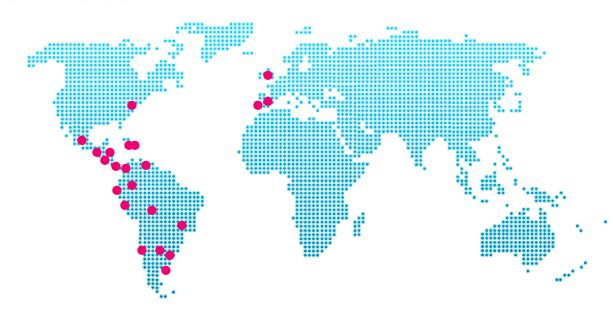 The Penguin Random House deal to absorb Santillana’s trade lines has serious implications for the Spanish-book market, but the outlier in the deal is Brazil.

By Carlo Carrenho and Edward Nawotka

Penguin Random House CEO Markus Dohle had been taking Spanish lessons with his family, but now he might have to add Brazilian Portuguese as well.

On Wednesday, Penguin Random House announced the acquisition of Santillana’s trade imprints. The merger creates what amounts to a “Big Two” in global Spanish-language publishing, with Planeta — the dominant Spanish publisher on the planet, remaining on top. This is a major deal, especially once you consider Spanish is the third most widely spoken language on Earth, after English and Chinese.

The implications for the US market, which has an estimated 50 million Spanish-speakers and learners, is marginal. Santillana maintains an office in Miami, where it focuses on the K-12 educational sector, but this was not included in the deal. PRH global communications director Stuart Applebaum said that he could not say if or how the physical operations might be integrated into Penguin Random House’s existing infrastructure.

Nevertheless, Applebaum was also quick to underscore the focus of this deal is international, not domestic. “now with a presence Germany, the English-language markets, Spain and Latin America, Brazil and Portugal, I don’t know any other US headquartered publishing business that offers that range options to its authors,” he said. He also confirmed negotiations were begun under Random House CEO Markus Dohle prior to the merger with Penguin. In fact, rumors have circulated of the impending deal for years now.

“We have wanted to grow in native Spanish-language publishing and see a long term value in investing further,” he said.

On the face of it, it might appear that greatest impact will be on publishing in the Iberian peninsula — where PRH gains its first foothold in Portugal and significantly expands its holdings in Spain — but the real prize are the developing markets in Latin America. There PRH gains greater access to a market of 400 million Spanish-speakers, augmenting local operations in Mexico, Argentina, Colombia, Chile and Uruguay, and opening the door to Peru, Ecuador, Bolivia, Paraguay, Venezuela, Dominican Republic and throughout Central America, where Santillana has a presence.

The one outlier in the deal is Brazil, the region’s largest single market and one in which both companies have competed for some time. Looking more closely at Brazil, offers a microcosm of implications for other markets.

The combined Brazilian operations will bring together two of the country’s most successful publishers, Companhia das Letras and Objetiva. “We ultimately saw an opportunity to become an even more significant player in Brazil”, says PRH’s Applebaum. “Brazil is a targeted emerging growth opportunity.”

Companhia das Letras is based in São Paulo and was founded by the publisher Luiz Schwarcz in 1986. At the end of 2011, Penguin acquired a 45% stake in of Companhia’s stake, which was assumed as part of the Penguin Random House merger. Objetiva, on the other hand, was an modest Rio de Janeiro-based publisher until 1991, until the journalist Robet Feith bought 60% and turned it into one of the most important trade publishers in Brazil. In 2005, Feith sold 76% of the company to Santillana, and remained as its managing director.

The publishers will bring their own stables of writers to the deal: Companhia publishes José Saramago, Ricardo Piglia, Jonathan Franzen, Eric Hobsbawn and Hannah Arendt, among others. Objetiva has Mario Vargas Llosa, Haruki Murakami, Harold Bloom  and Henry Kissinger. Merged together, the catalogues will be among the strongest in Brazil.

According to the press release, the newly formed company Penguin Random House Brasil is assuming full control of Objetiva while keeping its 45% stake at Companhia das Letras, and it will run under Luiz Schwacz’s supervision, but with editorial independence guaranteed.

Together, Companhia and Objetiva control around 6% of Brazilian trade market, according to recent figures Nielsen Bookscan, making them the combined company the third largest in Brazil, trailing behind Record and Sextante, but ahead of Intrinseca. If sales to the government and alternative markets are factored in, this ranking suffers some severe changes, though. The Ediouro group, for instance, has 40% of its sales to the Christian market and government programs, and would be placed ahead of PRHB when such markets are considered. All things considered, it is likely that other scalable Brazilian publishers might look for new partnerships and or acquisitions; at the moment, Planeta and Portugal’s Leya remain of more modestly size, while of the remaining US “Following Four,” only Macmillan currently runs a Brazilian operation, albeit limited to education. Should international competitors want to gain a foothold, it is likely now or never.

While gazing into a crystal ball is tempting, but there’s no telling what the ultimate outcome of the merger might be. As PRH’s Applebaum is keen to remind the world, this was just the announcement of the deal. “We have learned that these endeavors take the time they take, they vary according to locations and requirements,” he told Publishing Perspectives. And naturally, there’s no telling how regulatory and anti-trust committees around the world in each of these markets will react, if at all.

In this regard, said Applebaum, “As Penguin Random House we cooperate fully with regulatory views, as would the seller. Neither of us would have entered into this transaction if we didn’t think it would be approved. Still, we have not put forward a target date for the consummation of the closing.”