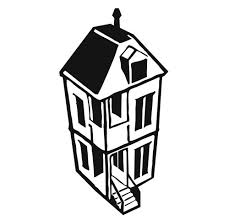 Tin House uses Tumblr to show off its aesthetic and design sensibility.

The independent press Tin House, located in Portland, Oregon (and with a second office in Brooklyn), started in 1999 as a literary magazine. The press’s name was inspired by the unique corrugated zinc siding of the Victorian building which houses the Portland office. Tin House’s founding publisher, Win McCormack, wanted to create a magazine for “passionate readers who are not necessarily literary academics or publishing professionals;” a magazine for the people, so to speak. Tin House started publishing books in 2002 as an imprint of Bloomsbury, and in 2005 they switched to publishing their own books as a full-fledged independent press. Tin House has also organized an annual Summer Writers Workshop for the last 11 years.

According to Nanci McCloskey, director of publicity and rights, Tin House Books has learned a lot from its magazine predecessor. The book imprint was initially started after the staff realized how many writers’ careers were launched after being featured in the “New Voices” section of Tin House magazine. In addition, two integral aspects of Tin House’s books – the focus on debut authors and reissuing classics – came directly from the magazine. Possum Living by Dolly Freed, which was one of Tin House’s best-selling titles, was uncovered in a “Lost and Found” piece in the first issue of Tin House magazine. Tin House editor Rob Spillman said in an interview “From the start, I wanted Tin House to be thought of as a community… and the web was a very natural extension of that. We could include more voices and also involve the reader more, get more feedback and be more interactive.” One of the ways Tin House Books interacts with readers is on Tumblr, a platform where Tin House’s book and magazine imprints can focus on their love of design and aesthetics. Tumblr’s format invites playful experimentation, and the press uses their Tumblr account to share anything from cover art and illustrations to author birthdays, famous quotes and even literary cocktails with readers. As McCloskey notes, “This keeps the circle expanding, introducing the Tin House name to new readers daily.”

The success of some of Tin House’s recent titles stems not only from the synergy between the magazine and book imprint, which publishes many debut authors after they’ve been featured in the magazine, but is also thanks to Tin House Books’ creative approach to marketing each title. For Matthew Specktor’s novel, American Dream Machine, the press designed a vintage map of LA to highlight all the places which appear in the book. To celebrate the release of Alexis Smith’s Glaciers, a novella about a thrift store shopper and “collector of remnants,” Tin House sent bookstores a collection of objects which play a role in the story, such as Earl Grey tea, a button and antique postcards (these extras are also available to readers in Tin House’s Bookclub in a Box, which also includes a Skype meeting with the author). Glaciers was later chosen as one of the World Book Night titles for 2012 and Smith’s debut has since sold more than 10,000 copies.

In 2012 Tin House collaborated with Octopus Press to release Brandon Shimoda’s fourth full-length poetry collection, Portuguese, the first volume in an ongoing series which focuses on contemporary poetry. The series features Someone Else’s Wedding Vows, by the poet and artist Bianca Stone, as its next book. Tin House’s editors are especially excited to publish this collection because Stone’s work “seems like a great cross-section of both presses’ taste and aesthetics.” Tin House also plans on collaborating with Portland Literary Arts to release a collection of essays culled from their “Art and Lectures” series, which has been running for nearly 30 years. Contributors will include acclaimed writers such as Margaret Atwood, Robert Stone, Marilynne Robinson, Ursula K. Le Guin, and Wallace Stegner, among others.

Both in their books and magazine, Tin House strives to serve the greater small press community. The Tin House team acknowledges: “it’s easy to be supportive of other organizations because we’re genuinely enthusiastic about their work.” For example, the magazine One Story gladly helped promote the novel The Celestials by Karen Shepard, whose work had been published by One Story in the past. Another way the press contributes to the literary community is their proactive response to the VIDA Count, which highlights the gender disparity among reviews in literary journals. Tin House’s commitment to representing more women writers has set an example for other publications, and in an interview with VIDA Rob Spillman encouraged other editors to take active steps to effect change.

Thus Tin House’s team is continually coming up with creative ways to promote literature, connect with readers and enrich the literary community at large. In the words of Tony Perez, Tin House Books editor: “Ultimately, we all care about good literature enduring, and it’s in all of our best interest to create a healthy ecosystem” for literature to thrive in.