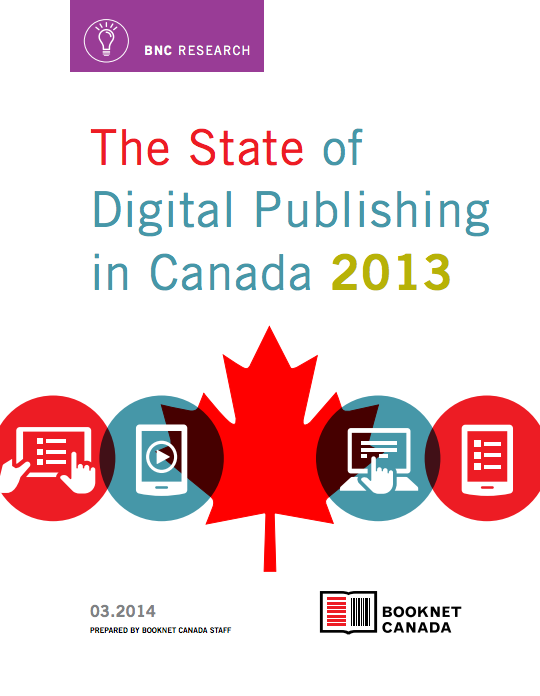 As it says in the report’s introduction: “This study confirms that in the almost five years since Kobo’s predecessor, Shortcovers, launched in Canada, and just four years after the Amazon Kindle eBook reader was made available north of the border, Canadian publishers have rapidly adapted to the Canadian consumer’s appetite for digital reading and embraced eBook publishing as a new norm.

Consider these figures. Close to 90% of those surveyed are producing ebooks, with the remaining 10% either in the process of starting to produce ebooks, or planning to produce them in the future. When asked for the main reasons they chose to publish ebooks, the most popular reason was to increase sales, followed closely by improving accessibility and working to meet customer demand. Only 15% cited “as a mechanism to lower costs” as a reason to produce ebooks. Nearly half of all respondents to the survey have more than 50% of their active print titles available as ebooks, and just under one-fifth (19%) report that their full active print list is also available digitally. In addition, 19% of publishers have produced enhanced eBooks (usually with audio and/or video) and 22% have developed at least one app.

The main sales channel was eBook retailers (91%) followed by wholesale (45%) and direct (42%). EBook retailers also generated the most revenue for 71% of respondents, while only 12% reported receiving the most revenue through their direct sales channel. EBook sales are greater than 10% of annual revenue for one in three publishers. As for libraries, the majority of publishers surveyed (61%) sell eBooks to libraries. The most popular library distributors for trade publishers were OverDrive, Ingram, and Baker & Taylor, whereas the most popular for scholarly/professional publishers were Ingram and ebrary.

BookNet Canada’s Director of Customer Relations, Pamela Millar, said, “Now that we have a benchmark, we plan to conduct this survey annually. It will be interesting to see how the current trends bear out for small, mid-sized and large publishers in the coming years.”

Click here to download a free copy of The State of Digital Publishing in Canada 2013. See the infographic based on the report below: