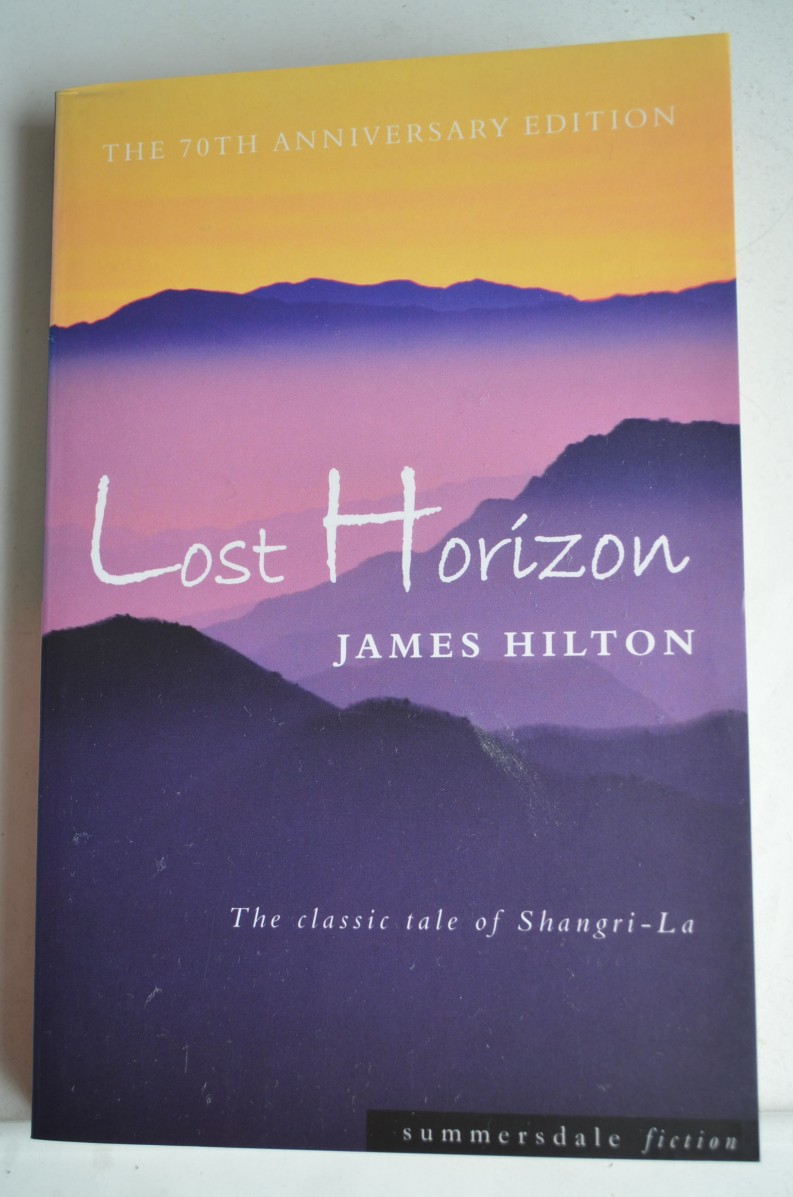 The disappearance of Malaysia Flight 370 has prompted readers to return to James Hilton’s 1933 novel Lost Horizon, the book which gave us the name “Shangri-la.” “And you say it never reached Peshawur?”

“Never reached there, and never came down anywhere else, as far as we could discover. That was the queer part about it…”

There is something of James Hilton’s classic 1933 novel Lost Horizon in the mysterious disappearance of Malaysia Airlines flight MH370, something that touches our deepest longings for escape from the daily grind and our notions of a better life in a distant utopia. The words above from the novel’s prologue have an eerie echo of statements and news reports of the last few days.

The heartbreaking interviews with partners of the passengers have an element of the mystical that is redolent of the novel — the woman who said she felt her partner’s presence; the man who imagined his brother lashing together pieces of wreckage to make a raft. So many contemporary novels are dystopian — The Hunger Games et al; here was one, written in the innocent years before the horror of the Second World War, that was about a utopia.

Customers on Amazon have been reminded too. One posting, headed “If Only This Were the Story of Flight MH370,” continued: “James Hilton’s Lost Horizon has been haunting me ever since the disappearance of Malaysia Airlines flight MH370, so last night I began re-reading it for the first time in decade…”

Originally published by Macmillan in the UK in 1933, south coast independent, Summersdale, discovered it was out of print some years ago and MD Alastair Williams, long a fan of the book, successfully approached Curtis Brown for the rights. Williams republished the book in 2003, reprinting a 70th anniversary edition in 2006. But sadly, the publisher’s copyright expired last year and, despite strong sales to the Shangri-La hotel chain, the agency has not as yet agreed a new deal.

The novel was made into an equally classic film in 1937, directed by Frank Capra and starring Ronald Colman. Hilton’s story belongs to that rare club of books that have given words to the language. It is Hilton that we have to thank for Shangri-La, defined in the dictionary as “a place regarded as an earthly paradise, especially when involving a retreat from the pressures of modern civilization.” It was the name he gave to the small, Tibetan hamlet and its harmonious society, tucked away in the hidden valley to which his airplane survivors are led.

Setting aside the Bible, which is in a category all its own, it is Joseph Heller’s Catch-22 that is probably the most famous example of a novel giving a word or phrase to the language. A “catch-22” is defined as a “dilemma or difficult circumstance from which there is no escape because of mutually conflicting or dependent conditions.” It is familiar to publishers. They need sales through Amazon – it’s the channel that always seems to grow — but they also need the discoverability and launch platforms offered by physical bookshops, the same bookshops that are closing in part because of all those sales through Amazon. It is the industry’s very own catch-22.

Often it is a character’s name that enters the language — J.M. Barrie’s Peter Pan (“he never seems to get any older, he’s a real Peter Pan figure”), Thurber’s Walter Mitty (“he’s such a dreamer, such a Walter Mitty”), or, further back, George du Maurier’s Svengali from his 1894 novel, Trilby. Dictionaries now define Svengali as “somebody who controls and manipulates somebody else, usually for evil purposes.” Which reminds us of Machiavellian and that other category — of authors whose own names have entered the language: Orwellian, Dickensian etc.

A much more recent name is on the cusp of making it into the language. In the UK, there have been proposals to abolish the 25% reduction single people receive in their council tax. But the plans have been attacked in some quarters as the equivalent of a “Bridget Jones tax,” one that would unfairly hit those who live alone. So Helen Fielding’s famous character from her 1996 novel is beginning a whole new life, referenced in newspapers and the House of Commons.

Whatever the outcome of the MH370 mystery, the essential idea of Lost Horizon will never die. It will fly on forever. For this novel from the black-and-white era gives voice to that part of us which gazes at all our own lost horizons.