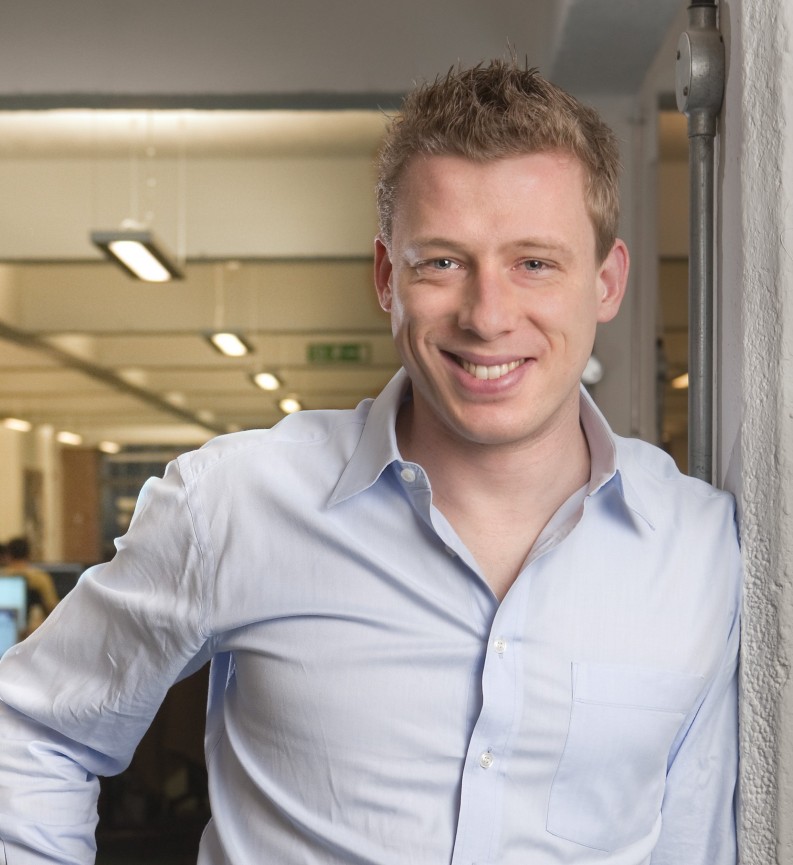 Jan Reichelt, co-founder and president of Mendeley, at the Digital Minds Conference prior to the London Book Fair on Monday, April 7, 2014. The publishing industry, in common with many other content-based industries such as music and news, faces a challenge of “user engagement and technology disruption,” says Jan Reichelt, co-founder and president of Mendeley, the platform for managing and sharing research papers. “The questions publishers should ask themselves for the future are how to create continuous engagement with their customers and consumers of their content; how to learn more about them in order to serve them better; and how to leverage technology to develop solutions and to build a relationship with their end-users, so customers don’t go away and get what they need somewhere else.

He believes that content, in combination with technology, can create tremendous user engagement, and deliver outstanding value. “Traditional publishing houses usually didn’t have a strong technology capability, but in the last few years some forward-thinking publishing companies have invested heavily in technology infrastructure and employee skills to become media and technology businesses.”

He cites Elsevier among these, as well he might. The Dutch giant bought Mendeley for an estimated £45 million in April last year. To paraphrase Kipling, “the road to Mendeley” has been quite a journey. Founded in 2007 by three German PHD students, with backing from the people behind Skype and Last FM, the platform takes its name from a combination of the surnames of two of the giants of science: Dmitri Ivanovich Mendeleyev (alternatively spelled Mendeleev), who developed the periodic table of elements, and Gregor Mendel, often called the “father of modern genetics.”

“We liked the analogies,” Reichelt says. “Just as Gregor Mendel studied the inheritance of traits in plants, Mendeley enables users to trace how ideas and academic theories evolve and cross-pollinate each other. Dmitri Mendeleyev formed the periodic table based on the properties of known elements, then used this data to predict the properties of elements yet to be discovered; Mendeley helps people discover new literature based on the known elements.”

Long a fan of open access (OA), Reichelt believes that although OA’s popularity has grown steadily and substantially over recent years, “it is still behind a little in terms of acceptance and reputation — and hence market share — in the very broad academic community. For early-career researchers in particular, it seems that well-known subscription-based journals are still the main way to build up a track record. Also, there are still many different ideas about business models for OA publishing, some already established – for example, article processing charges — but some less so, like membership fees. I’m very interested in following these developments. Elsevier has massively increased its focus on OA activities, and Mendeley has always been a strong supporter of the OA community, so we are certainly trying to help broaden the open approach in general and participate in these discussions.”

Mendeley now has deep pockets, thanks to Elsevier, and will use the money to build the team and release new product features. It wants to make researchers’ lives easier. “Our community is very good about telling us which features they would like to see, so that is one area where the money goes. For example, we knew our community wanted Mendeley to be available on iOS and Android, so we’re busy to put that into action.”

Physical bookshops will have an increasing role in the future, he believes, as places of inspiration and discovery. He places importance on their social aspect too, “so I can sit down in a comfortable area — which you see popping up more and more in book shops in fact — buy a coffee, and start reading the novel I just bought because of the recommendation of the staff. Or I might turn up for a lecture of a famous travel journalist, who’s telling me about his last trip and shows his photographs. Which then closes the circle with the first point of a book shop being a place of inspiration.”

Outside work, Reichelt has an interest that is about as far from the world of academic research as you could imagine. He admits to being fascinated with Latin American dances such as salsa, and likes to attend “very non academic dance congresses.”

Which begs the obvious question: if the book industry was a dance, what it would be like? “It would probably be a culturally very deeply-rooted dance, very colorful and eye-catching, danced in a big circle, involving by-standers and fascinating spectators. You can join easily, but to fully master all the steps of the dance, you will need a lot of practice.”

DISCUSS: If Everything Goes Open Access, How Will Authors Make Money?