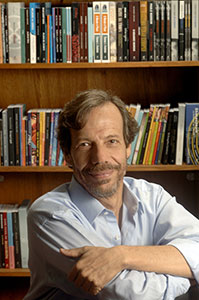 The PRH/Santillana merger will force the Brazilian operation to choose whether or not to stay or leave the powerful DLD digital distribution platform. As discussed in today’s feature story, the Penguin Random House deal to absorb Santillana’s trade lines has serious implications for the Brazilian book market. This becomes even more complex once you factor in the digital dimension.

To explain, Objetiva is part of DLD,the powerful consortium of seven Brazilian large or medium-to-large publishers that acts as an exclusive digital distributor for their content. Together, they were able to impose a tough resistance to Amazon when  decided to come to Brazil; they were even responsible for some delay in the opening of the local Kindle store. DLD even succeeded in including clauses in their contract with Amazon that radically limits the discounts the retailer can offer to its customers — a practice that was imitated other publishers in Brazil that were not part of DLD.

Companhia das Letras, however, decided to fly solo and go it alone in digital distribution (much in the way Random House stayed out of the agency pricing debacle in the United States) and has been quite successful, ranking among the top publishers at the various retailers.

Going forward, it is hard to believe that Penguin Random House Brazil will be able to maintain the two policies in house. So, either Objetiva will leave DLD or Companhia will join the club.

If the second scenario happens, the consortium will grown even stronger, presenting a tougher challenge to Amazon.

However, if Objetiva leaves DLD, the consortium will lose — and more than just an important catalogue of titles: after all, it is no secret that Robert Feith was a key player in the creation of DLD and, as the president of board, was behind several of DLD’s successful strategies.

So what happens if, suddenly, the DLD consortium loses its captain? The ship might have trouble keeping on track and functioning at full speed.

Now it is simply time to wait and see…