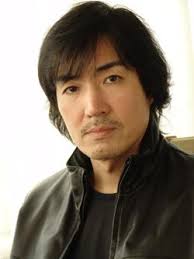 Popular Japanese authors such as Keigo Higashino and Kotaro Isaka, and prize-winners, are being translated quickly and sold in South Korea, China and Taiwan. Iwasaki writes that in some cases, “Translation requests are filed as soon as new books are released.” Quite often, foreign language versions of Japanese titles are released within six months after the book’s original publication date in Japan. But on the other hand, “exports to Europe and the U.S. are not progressing as desired. New efforts to promote authors in those markets are underway.”

Still, the success stories are impressive. Keigo Higashino’s latest novel Shippu Rondo (The Rondo of the Squall) which was published in Japan in late November, hit South Korean’s bookshelves in a translated edition in January.

“South Korea has a lot of Higashino fans who are eager for his latest works,” said Akira Tateno, a translator and expert on the Korean publishing industry.

Higashino is popular in China as well. Many of his books, including the Detective Galileo detective series have been translated, and a translation of Mugan-Bana (An Otherworldly Flower) which was published in Japan last May by the PHP Institute, is scheduled to be published in China this year.

Kenji Matsumoto, who directs the foreign rights to Higashino’s four novels for the literary and media agency Creek and River is, not unexpectedly, happy with the author’s success. “Numerous Chinese publishers are interested in Higashino’s work,” he told Nikkei Asian Review. “We hope to continue translating his novels.” Kotaro Isaka, known for novels such as Gorduen Suranba (Golden Slumber, translated into English as Remote Control), has his foreign rights handled by the Tokyo-based literary agency Cork. To date, twenty of his books have been translated and sold in China, Taiwan and South Korean. Buoyancy of Death (Bungeishunju/Tsai Fong Books), published in Japan last August, is currently being translated for the South Korean and Taiwanese markets.

Iwasaki notes that both Chinese and South Korean publishers “actively seek out translation rights for popular Japanese writers.” Interest in Haruki Murakami, for example, is extraordinarily high. His latest novel, Colorless Tsukuru Tazaki and His Years of Pilgrimage was published in Japan last April — just three months later it was translated into Korean, and a Chinese version came out after just six months.

Also popular in China and South Korea are authors who have won Japanese biggest book awards such as the Akutagawa and Naoki prizes. Ana (Hole), for example, won the Akutagawa Prize for Hiroko Oyamada in January. Requests for translation immediately began to flood into Shinchosha Publishing both for that novel, and for his first published work Kojo (Factory).

Iwasaki cited Shuppan Nenkan, a publishing industry year book produced by Shuppan News, which said that 781 Japanese novels were translated and published in South Korea in 2012, and that writers such as Shuichi Yoshida and Hideo Okuda are very popular. “Young South Koreans who understand Japanese lifestyles and culture constitute the fan base,” said translator Tateno. “Literature is separate from the political wrangling between Japan and South Korea.”

And, according to the Japan Foundation, more than 200 Japanese literary works were translated into Chinese last year, with authors Soji Shimada and Nanae Aoyama particularly popular. “China’s economy is growing and its social, regional and familial structures are going through major changes,” said Shozo Fujii, professor of contemporary Chinese literature at the University of Tokyo. “The country is trying to catch up with Japan. Younger Chinese identify with the underbelly of Japanese culture these authors depict.”

Iwasaki concluded that despite the success it’s reached in Asia, “Japanese literature is struggling in Europe and the U.S. Writers such as Fuminori Nakamura and Yoko Ogawa have garnered attention, but Haruki Murakami is about the only widely recognized author. It is difficult to get Japanese literature translated and sold in the U.S. and European markets, where commercial success is prerequisite.”