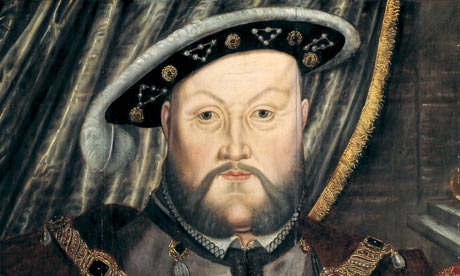 As we approach the end of Publishing Perspectives’ epic two and half year read of the plays (and some of the sonnets) of William Shakespeare, The Play’s The Thing, it’s time to explore two of the bard’s final and lesser known plays, believed by many to have been written in collaboration with John Fletcher. First up: Henry VIII (All is True).

But what it really written with Fletcher? Harold Boom isn’t all too sure: “My experience of rereading Henry VIII makes me doubt the hypothesis that a considerable portion of it could be by John Fletcher. Though it is a better dramatic poem than a play, Henry VIII seems remarkably unified, with only a few touches that suggest Fletcher. An experiment in pageantry, Henry VIII offers grand roles – Wolsey, Katherine, Henry – rather than characters, and its principal fascination (at least for me) is Shakespeare’s detachment from all the protagonists, who interest him only when they are on their way down and out (Buckingham, Wolsey, Katherine, very nearly Cranmer) but who then move the poet, and us, to considerable sympathy.”

Regardless, it is a play of considerable interest, extremely popular in the eighteenth and nineteenth centuries, a work for which, according to Marjorie Garber, “The effect for the reader is one of a rich and sumptuous ceremony.”

We hope you’ll read it along with us.

Purchase the play here.
Join in the discussion here.