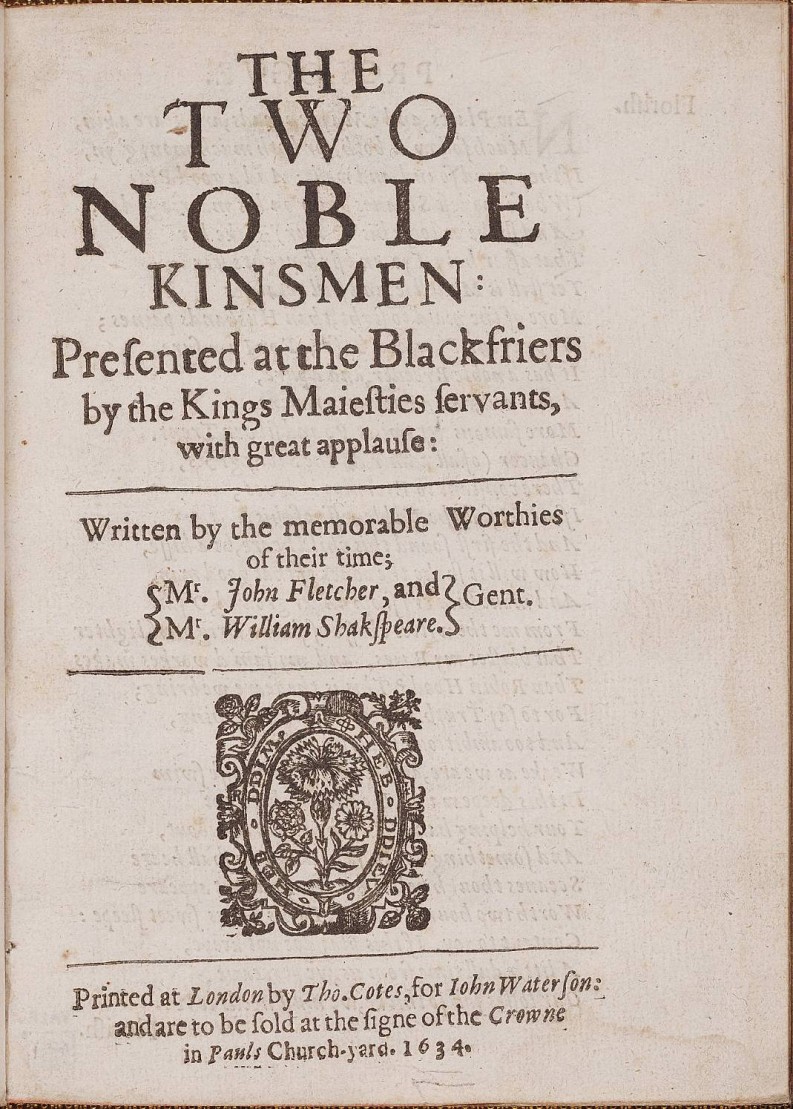 For the last two and half years, at Publishing Perspectives’ literary blog “The Play’s The Thing” we’ve been reading all of the plays (and some of the sonnets) of the greatest writer the world has ever known — William Shakespeare. And now as our journey draws to a close, we’re starting the last play the Bard ever wrote (or co-wrote as it were, with John Fletcher) the rarely seen but vastly poetic The Two Noble Kinsmen. (Harold Bloom notes that “Shakespeare’s share in The Two Noble Kinsmen is poetry astonishing even for him, but very difficult poetry, hardly suitable for the theater.”

Inspired by Chaucer’s “Knight’s Tale,” the play is closely related to A Midsummer Night’s Dream, but with a “darker, more remote or estranged vision of human life than ever before.”

As Bloom observed, “One might have thought that Shakespeare had touched the limits of bitterness in Troilus and Cressida and Measure for Measure, but he extends those limits in his final play. Mars and Venus govern The Two Noble Kinsmen, and it would be difficult to decide which deity is more reprehensible, or whether indeed it is pragmatically responsible to distinguish between the two. ‘Make love, not war!,’ a popular chant of the sixties, becomes sublimely inane in The Two Noble Kinsmen, since Shakespeare at forty-nine scatters organized violence and eros into a confusion not to be resolved.”

This should a most interesting read – we hope you’ll join us.