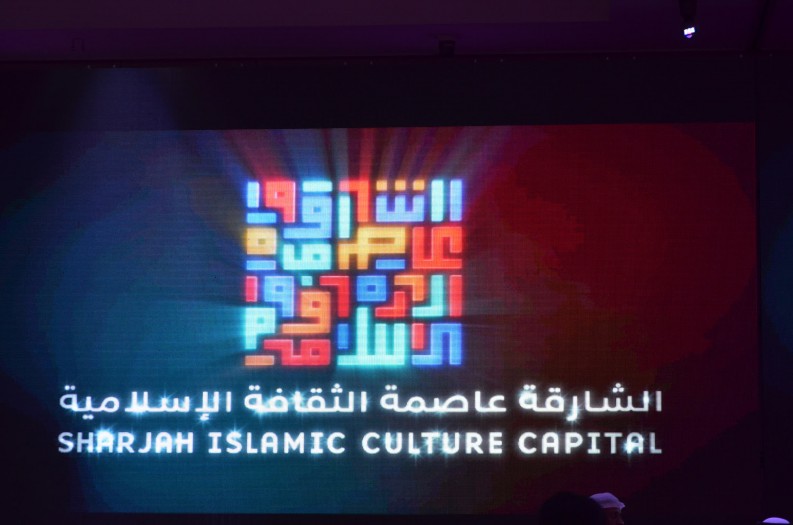 Not even all the oil money in the world can control the weather. Even the Prophet Muhammad — peace be upon Him — cannot keep the clouds away. At least, that’s what they’ve discovered in Sharjah this week.  The normally golden Emirate has had its usual azure skies replaced by something that looks like a dirty sheet, accompanied by a steady two-day downpour that has been more Dorset than Dubai.

None of which would matter – Emiratis love usually love weather like this because of its rarity.  But it has coincided with the launch of the Sharjah Islamic Culture Capital 2014 celebrations, which will see a host of special parks and monuments and exhibitions throughout the city in coming months, all of which are to be commemorated in a coffee-table book.

The Islamic Culture Capital initiative was begun in 2005 and is run by the Islamic Organization for Education, Science and Culture, which was established in 1979 by the Organization of Islamic Cooperation (OIC), a body affiliated to the UN and which seeks to ‘safeguard and protect the interests of the Muslim world in the spirit of promoting international peace and harmony.’ The unkind intervention of the weather has meant that the organizers have been in a frenzy of postponed events and hastily arranged press conferences to explain what is happening. With guests flying in from across the Arab world and beyond, among them Oman’s Director of Libraries’ Affairs (sic) and Qatar’s Minister of Culture, Dr Hamad Al Kawari, whom Publishing Perspectives met at the Doha International Book Fair in December, it has been a fraught few days.

The grand opening ceremony, scheduled for Wednesday earlier this week, was to be followed by an even grander multimedia extravaganza entitled ‘Clusters of Light,’ telling the story of the prophet Mohammad. But the latter involves lights and sound systems, both of which have never worked well with rain, hence the postponement. Both are now due to take place on Saturday at the brand new Al Majaz amphitheater, attended by Sharjah’s Ruler, His Highness, Sheik Dr Sultan bin Mohammed Al Qasimi.

Those who attended the Sharjah International Book Fair last November may remember a muddy island out in Khaled lagoon. In an extraordinary, three-month program of work this island has now been transformed into an impressive, 4,000-seat amphitheater, which, after this week’s celebrations are over, will be run by LiveNation as a concert venue. Lasuri Harvilahti of the Finnish Literature Society flew in from Finland to take in the festivities.

Among guests who have been flown in with characteristic Sharjah hospitality are two Finnish authors and academics, Lauri Harvilahti, who looks after the folk lore archive at the Finnish Literature Society, and Jarno Peltonen, Director of the Helsinki City Museum and Chairman of the Finnish Arabic Society.

Finland is Guest of Honour at Frankfurt this year and Harvilahti said there was huge excitement back home about the program.  “My own field is the world of epics,” he said.  “Finnish epics, Russian epics, lengthy lyric poems like Gilgamesh, Beowulf, Homerian epics.”

He said that bookshops back home are having a tough time, with young people falling to the other distractions offered by the digital world. “At the Finnish Literature Society we survive by only publishing things that no one else will,” he said. Such as? And here he displayed the sense of humor you need to get through those long winters when it barely gets light in Helsinki. Smiling, he proudly presented a copy of 100 Social Innovations from Finland.

This little gem includes ‘texting,’ developed by someone at Nokia when that was still a Finnish company. He admitted it was rather ironic, since texting is arguably one of the reasons why teenagers are keeping away from books. But if he brings it to Frankfurt, it could just be one of those one-offs that might appeal to a house like Workman or the UK’s Summersdale.

Meanwhile, one wishes Sharjah a successful year as Islamic Culture Capital; it was quite something to see so many different Muslim nationalities in one space, a grand example of the kind of mutual cooperation and dialogue that the OIC champions.