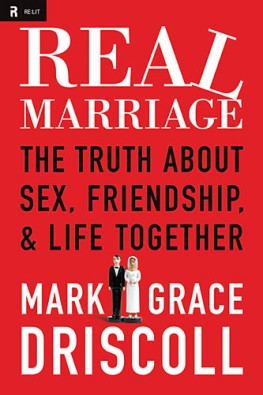 Carolyn Kellogg reports in the Los Angeles Times that while every author wants to get a book on the bestseller list, “those who can pay for the services of ResultSource Inc just might get one.”

The company which describes itself as “a boutique marketing firm that works with today’s thought leaders to build bestsellers” apparently has done so. In 2013, Kellogg reports, the Wall Street Journal talked with the authors of two books who paid thousands of dollars to ResultSource and soon ended up on the Journal’s bestseller list. “Precisely how [ResultSource] goes about [its business] is unclear, Jeffrey Trachtenberg reported at the time.

Now, Warren Cole Smith reports at www.worldmag.com that “Seattle’s Mars Hill Church paid [ResultSource] at least $210,000 in 2011 and 2012 to ensure that Real Marriage, a book written by Mark Driscoll, the church’s founding pastor, and his wife Grace, made the New York Times best-seller list.”

Perhaps not surprisingly, Smith says that the details of the agreement between Mars Hill and ResultSource are complicated. “ResultSource received a fee of $25,000 to coordinate a nationwide network of book buyers who would purchase Real Marriage at locations likely to generate reportable sales for various bestseller lists, including the New York Times list. Mars Hill also paid for the purchase of at least 11,000 books ranging in price from $18.62 to $20.70, depending on whether the books were purchased individually or in bulk. The contract called for 6,000 of the books to be bought by individuals, whose names were supplied by the church. Another 5,000 books were bought in bulk.”

According to the terms of the contract, “RSI will be purchasing at least 11,000 total orders in one week.” The contract stipulates that the “author” shall “provide a minimum of 6,000 names and addresses for the individual orders and at least 90 names and address [sic] for the remaining 5,000 bulk orders. Please note that it is important that the make up of the 6,000 individual orders include at least 1,000 different addresses with no more than 350 per state.”

Smith also points out that “the purpose of his instruction appears to be a way to outsmart systems put in place by The New York Times and other list compilers to prevent authors from buying their way onto best-seller lists.”

And ResultSource had other tricks up it sleeves to work around best-seller list protections. As per its agreement with Mars Hill, “RSI will use its own payment systems (ex. Gift cards to ensure flawless reporting). Note: The largest obstacle to the reporting system is the tracking of credit cards. RSI uses over 1,000 different payment types (credit cards, gift cards, etc.).”

It worked. In early 2012, Real Marriage made it on the New York Times best-seller list for one week, which allows Mark Driscoll’s official biography to boast, “Pastor Mark is the author of over 15 books, including the #1 New York Times best-selling Real Marriage: The Truth About Sex, Friendship, and Life Together, co-authored with his wife, Grace.”

As of the time of the writing of the story, ResultSource had not returned phone calls from WORLD.