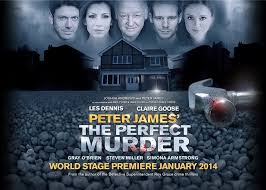 Hilary Mantel’s “Wolf Hall” and “Bringing Up the Bodies” were adapted by the RSC and is moving to the West End this spring.

Contemporary novels are emerging at the heart of a growing multi-platform culture in the UK, in which fans seek to experience multiple adaptations of a book as a theater play, TV show or film.

Sales of rights in a novel for film, theater or TV are not new, but they are now much more likely to be parceled up separately, with creative writers and producers from different media bringing their own particular talents to bear in adapting them. This rich creative eco-system means that success in one media may have a domino effect, leading to further re-imaginings of a property in another.

“It used to be though that the film of the play would steal the audience of the play,” said Sebastian Born, associate director, literary, at the UK’s National Theater, and a former agent. “I think that the world has changed. People are quite prepared to experience the same property in different media. That is a change in the culture.”

The National Theater has found that certain contemporary children’s novels have worked very well as adaptations in its annual family-friendly Christmas slot. The first was Michael Morpurgo’s 1982 novel War Horse, which won critical acclaim when it premiered at the National in 2007, before moving to London’s West End and going on tour in Australia, Berlin, Ireland and North America.

Born said: “The demands of constructing something that works dramatically are different [from writing prose]. War Horse the novel is told from the point of view of the horse, whereas the play is not — that’s a major change. Obviously when we find something we think we can adapt, we involve the author and get their views, and hope they will be flexible.” In the case of The Curious Incident of the Dog in the Night-Time, author Mark Haddon and Simon Stephens, who adapted the book for stage, had already spoken before they approached Born. Again the play won plaudits when it premiered, in August 2012, and, in addition to the live stage performances, it was included in National Theater Live, a program of nationwide cinema screenings of live shows. It is expected to resume its run in London’s West End at the Gielgud Theater in June 2014, following the roof collapsing during a performance at the Apollo in December 2013, injuring 80 people.

Curious Incident. . . is slated for a screen adaptation too, after rights were acquired for Warner Brothers by Brad Pitt, Brad Grey, producer of the Sopranos, and the company behind the Harry Potter adaptations, Heyday Films.

It was a similar story with War Horse, which was optioned by director Steven Spielberg after he saw it on stage in London.

“You can separate rights out. People are less bothered by that nowadays,” Born said. “People recognize that a successful play can be the launch platform for a film — a play can boost the film.”

The benefit of adapting a bestseller for the stage is that the property already has an established audience and, in a virtuous circle, film, TV and theater adaptations typically help to sell more books.

Adaptations of Hilary Mantel’s two Booker Prize-winning novels, Wolf Hall and Bring Up the Bodies, by the Royal Shakespeare Company (RSC), received rave reviews in January on opening at the Swan Theater in Stratford-upon-Avon.

Bill Hamilton of A M Heath, literary agent to Mantel, said: “The UK theater scene is full of beans at the moment, a lot of people are taking iconic new novels and having a crack at them.”

“A lot of people are taking iconic new novels and having a crack at them.

The budget for theater is a fraction what’s needed for a film, meaning that live shows are easier to get off the ground, and “there’s a particular thrill in staging it small, and then transferring to the West End,” Hamilton added. The RSC shows will be transferring to London in the spring, and TV rights to Mantel’s books have been sold to the BBC.

“A  familiar, recognizable title is helpful in getting people to come and see something,” said Born. “Certainly in commercial theater, it’s an obvious choice for a commercial production to look at a bestselling book.” Peter James’ 2010 novella, The Perfect Murder, is one such commercial hot property. It began its UK stage tour  in January, with the popular English TV personality Les Dennis in the lead role. James, who collaborated with stage writer Shaun McKenna to adapt the book, said that “from a creative standpoint theater is infinitely nicer than any experience I’ve had with adapting for screen. The problem with film and TV is that there are so many interests at stake . . . experiences of film to date have been utterly hateful, while this has been a constant joy.”

The live nature of theater allows for a more direct connection to the audience through events such as Q&As with cast and writers, bringing the original book to a wider readership.

“A play has a much broader reach than the book,” James said. “I’d say the theater audiences have a healthy percentage fans of mine, a healthy percentage of Les Dennis fans, and a percentage regular theater goers. A lot of people have said, ‘I’ve never read you before but having seen this, I’m going to buy your books’.”