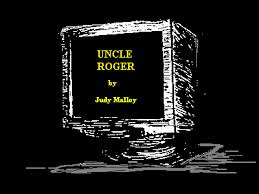 Perhaps the first electronic book, but the debate ensues.

In a relatively short period of time, the eBook has become nearly as ubiquitous as a hardcover. But at the Guardian, Allison Flood asks an intriguing question: What was the first eBook?

Flood notes that when Peter James published his novel Host in 1993 on two floppy disks (remember those?), it was billed as the “world’s first electronic novel,” and at the same time viciously attacked as “a harbinger of the apocalypse which would destroy literature as we know it. (Of course now, twenty one years later, it is part of the Science Museum’s collection as an example of one of the first examples of the form. How times have changed.)

But then, as James told Flood, “I got absolutely pilloried. I was on Today accused of killing the novel, I was a front-page headline on papers in Italy — 99% of the press was negative…one journalist even took his computer on a wheelbarrow to the beach, along with a generator, to read Host in his deckchair.”

Two years after the digital version of Host came out; James was speaking on a panel along with Steve Jobs on the future of the novel at the University of California. “I said eBooks would catch on when they became more convenient to read than the printed novel,” he told Flood. “It was astonishing the amount of outrage it caused.”

It seems likely though that Host was not the FIRST eBook, a title which Angus Phillips, director of the Oxford International Centre for Publishing Studies says is “open to some debate.” What matters is “how you define an eBook, a term which has only become common recently in the light of dedicated devices such as the Kindle.”

Phillips told the Guardian that, “We have moved away from thinking of it simply as a text available on a computer or on the internet. If you look at those, Project Gutenberg has been going since 1971 and by 1989 it had posted its 10th eBook.” And in the 1980s, the “CD-Rom revolution…saw reference books moving to electronic editions:” the Grolier Encyclopaedia was published electronically in 1985, and the OED followed in 1989. “By 1994 you had Dorling Kindersley publishing a range of multimedia titles for a consumer market,” Phillips said, using as an example the collection of texts on diskette, If Monks had Macs, which came out in 1988.

The 80s also saw a rise of computer adventure games built around stories, such as The Hobbit (1982), while Stephen King’s The Mist “was adapted into an all-text interactive fiction game and published in 1985,” said Nick Montford, associate professor of digital media at MIT. “So when people write about King’s The Plant as that author’s first eBook and first electronic publication, there is actually an earlier precedent.”

Even former U.S. poet laureate Robert Pinsky got into the act, with the release of 1984s Mindwheel, an interactive fiction game which was “explicitly labeled as an electronic novel,” said Montfort. Montfort also believes that the first existing print publication that was sold in large quantities in an electronic edition was, no big surprise here, The Bible, which he says was “released in several versions by Franklin, as a stand-alone hardware device, in 1989.”

Monfort told Flood that “when you start looking to see what’s first in digital media, you often find a lot of early projects that were important in different ways and that have already been forgotten.” He want on to say that “whenever you have a new media ‘first,’ like the first video game, first eBook, etc., the category did not exist to begin with. So you have to ask what exactly you mean by video game, eBook, etcetera.”

Flood went on to cite Dene Grigar of Washington State University Vancouver, who is researching the history of electronic literature for the project “Pathfinders: Documenting the Experience of Early Digital Literature.”

She told Flood that “the first electronic based work that constitutes a novel of book” is Judy Malloy’s Uncle Roger, published in 1987 as a serial novel, and then collected by Malloy and released “as a database narrative that ran on computers like the Apple IIe.” Malloy herself described it as a “work of comedic narrative poetry.”

Grigar is now getting ready to open an exhibit of electronic literature at the Illuminations gallery at the National University of Ireland Maynooth, and last April curated an exhibition on the topic at the U.S. Library of Congress. “Digital book environments are the future,” she said, “so absolutely there’s growing interest in them.”