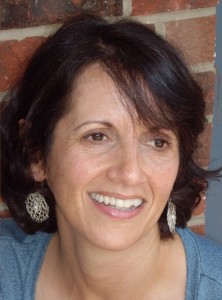 Writing for The Millions, Matt Seidel asked six editors to talk about their first acquisition, “encouraging them to reflect on the projects themselves and what they were thinking at the time: their vision of where their list should go and the risk, fear, excitement or challenges involved.” Kathy Pories, Senior Editor at Algonquin Books, told Seidel in an email how she caught her first acquisition:

“The first book I acquired as an editor was a book by a local writer. His agent was in New York, and the book was out with other editors. It had an experimental feel to it, a structure unlike most books I’d read so far…fable-like. It felt like the kind of novel that people would either ‘get,’ or they wouldn’t, so it felt a little risky for it to be the first book I bought. Still, my Editorial Director, Shannon Ravenel, was firmly in agreement – there was something so exciting and original and moving about this father-son story – and so she gave me the go-ahead to make an offer.

“That book was Big Fish by Daniel Wallace. I remember that I was so green that Shannon kept passing me post-its with messages about what I should say to the agent (which in retrospect, I’m sure he could detect in my halting delivery as I engaged in my first negotiation. I wish I had a recording of that conversation now). And we had no idea how big that book would become, or that within weeks, film rights would be optioned – or that it would actually become a movie. Anyway, it was an auspicious start. Seventeen years later, I still think you have to have that feeling that something is risky; those are the books that are the most exciting to publish. But I’m a little better on the phone these days.”

Timothy Bent, Executive Editor (Trade), Oxford University Press told Seidel how “acquiring a vital, memorial work…has stayed with him over the course of [his] long career in commercial and academic trade publishing:

“When I was at Arcade about twenty years ago I urged Dick Seaver, the publisher, to sign up a book whose manuscript he had given me, a newly hired assistant editor, to read. It was essentially a ‘grief’ book: a father’s biography of a daughter born with birth defects and who lived only a short time – barely over five months. It was a really painful story – operations, hope, more operations, loss. This was before I was a father myself and therefore before I could really understand all the dimensions of grief., but the writing was so limpid, the thoughts and expression so unsentimental, the vision of this child so clear – what character and personality is a months-old child! – that I wanted badly to work on the book. I championed it. Dick acquired it for me, and I edited it.

“The author is William Loizeaux, and the book is called Anna: A Daughter’s Life. It taught me to understand that every life, however foreshortened and unfulfilled, was worthy of a book, just as those of Great Lives and Large Deeds…I gave myself to that book and became very close to the author and his family; when it was reviewed in the New York Times by Reeve Lindbergh, appreciatively, I remember feeling a sense of accomplishment that has never been matched since, though I’ve now acquired and edited many hundreds of titles., many on those whose remains inhabit highly visited tombs. How does a biography of Anna Loizeaux stand up to one of Bismark? In my mind, it just does: that’s what a writer can do.”

Of course, not every first attempt at an acquisition is so successful. Jeremy M. Davies, Senior Editor Dalkey Archive Press, wrote about an unsuccessful first buy, which taught him “that a young author must hone his taste as well as his strategic instincts to make his way in the publishing world”:

“I had only been at Dalkey Archive for a couple of weeks. The first book I wanted to see signed on was an unsolicited submission by a translator of a deceased author who, at that point, had never, to my knowledge, been Englished. While I had minor reservations about the book – I wouldn’t say I’d put my head on the block for it, as I would have for Edourard Leve, or Lascano Tegui or Gerald Murnane, to name three more recent Dalkey acquisitions behind which I’m proud to have been lurking – but I was certain it was right for Dalkey, and that the author was someone for whom Dalkey would be applauded for introducing to the Anglophone world.

“Now, you have to understand that, then as now, it’s the Director who makes all final decisions about, well, everything. The process was semi-democratic, in that a book universally praised was far more likely to get the Director’s okay. Books to be rejected would either be dismissed out of hand or else assassinated by other, less obvious means.

“I was nervous about making a strong positive recommendation so soon after arriving at the Press, but, to my surprise and relief, I received a fairly rapid and equally positive reply, and permission to contact the translator with the news that Dalkey did, indeed, want to publish his work.

“At the next meeting, the book was axed on account of another staff member’s claiming that he didn’t, after all, ‘like the ending.’ I suspected there was more to it than an aesthetic judgement, but what could I do? It was enough to kill the project, and I was instructed to reject the MS, even though it had already been accepted. The translator wasn’t too pleased with this apparent duplicity, and I wasn’t too thrilled to seem the culprit. But that’s showbiz, I guess: it was a good lesson.”

But not to worry, the book was soon acquired by another “excellent” press which would go on to translate several other titles by the same author. And while Davies would not reveal the writer’s identity, “Here’s a hint: it ain’t Bolano.”