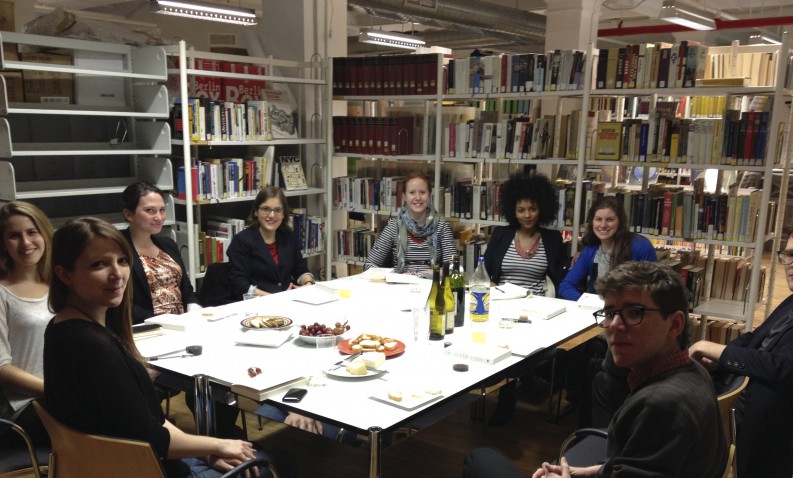 On March 12, Publishing the World held its Translation Book Club and discussed Olga Grjasnowa’s All Russians Love Birch Trees, released by Other Press on January 7, 2014. The book has already been featured by several other organizations in New York this year, including the German Book Office, who featured it as their February Book of the Month, as part of the Goethe-Institut New York’s Book Club, and as one of the featured novels of the fifth annual Festival Neue Literatur.

All Russians Love Birch Trees is Grjasnowa’s debut novel, and received significant praise and multiple awards including the Anna Seghers-Preis, the Klaus-Michael-Kühne-Preis, and the Hermann-Lenz-Stipendium, all of which were awarded in 2012, after the release of the book in Germany. The book’s US editor, Marjorie DeWitt, and the translator, Eva Bacon, joined the club to talk about the publication and the challenges they encountered during the translation process. Much of the discussion revolved around their decision to leave in certain foreign terms from French and Turkish, among others, which they justified by citing the fact that native German speakers also would have stumbled over the foreign Turkish terms in many cases.

In a related discussion about accents — which affect the non-German characters living in Germany to a certain extent, as well as characters who find their nationality integral to their survival — the difference between an Armenian and an Azeri accent can mean the difference between life and death. This is seen in one passage of the book, during which Masha and her mother overhear a story about passengers whose cars are stopped and who are ordered to pronounce the word “fundukh” (hazelnut in Azerbaijani) to determine whether or not they were Armenian or Azerbaijani—and therefore whether or not they would be killed on the side of the road.

The discussion was not limited to issues of translation and language, however: DeWitt spoke about the challenges of writing the most effective flap copy possible, as well as the difficulty of trying to persuade the Library of Congress that the book is not in fact exclusively about Russians (regardless of the title).