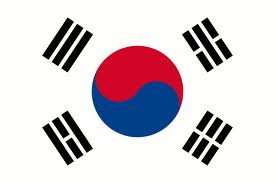 The Korea Times reports that the Literature Translation Institute (LTI) of Korea, to ensure that Korean modern literature is available to every “digital person” in the world, has placed 20 works of early-modern Korean fiction online, which can be accessed either as PDF files or through apps for smart phones, tablets, and other mobile Internet devices.

Charles Montgomery writes that “These twenty works are the equivalent of a free collection of modern colonial fiction of Korean that can give an overseas reader a snapshot of the first ‘modern’ Korean literature and its styles, themes, and discontents.”

LTI Korea President Kim Seong-Kon told Montgomery that, “The authors were chosen carefully to include all aspects of Korean life at the time, from the lives of peasants in villages, to the lives of stifled intellectuals in cities, the stories of the men and women who lived through the colonial era and in the industrialization era.”

The stories cover a wide range of concerns and themes. Kim Yu-jeong’s “The Golden Bean Patch” can be seen as a modern fable; Kim Dong-in’s “Lashing: Notes From a Prison Journal is a tragic tale of an overcrowded colonial prison; some stories are proto-feminist, others examine the effects of colonialism and modernization.

And, as Montgomery points out, “Some stories don’t neatly fit categories. ‘The Heat of the Sun,’ by Kim Yu-jeong is a brutal story of true love, touching and sad. ‘Into the Light,” by Kin Sa-ryang considers the meaning of Korean national identity, yet manages to end with a bit of optimism. ‘The Water Mill’ by Na Do-hyang is a horrific look at ageism and sexism, while Yi Kwang-su (who wrote ‘Heartlessness,’ known as the first officially ‘modern’ Korean novel) is represented by ‘Gasil,’ a fairy tale revealing the stupidity of war, who war serves, and the desire of Koreans to return to their hometowns.”

LTI webmaster Park Chanwoo vows that the digitalization of Korean literature will continue:

“Last December Korean novelist Bae Suah’s short story ‘Highway with Green Apples’ was introduced in the ‘Day One’ digital literary journal of Amazon Publishing, and a month later the story was published by Amazon with the support of LTI Korea. LTI Korea will continue to make more eBooks available online so that more people can easily enjoy and access Korean literature.”