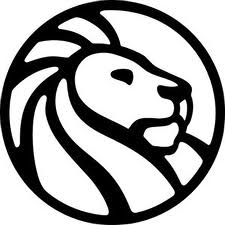 This week the New York Public Library (NYPL) launched what it calls a state-of-the-art book recommendation engine as part of its online catalog, BiblioCommons, to help Library users discover new books based on their reading preferences. Powered by Bookish Recommends from New York startup Zola Books, the online program connects people to a broader selection of the library’s collection by offering relevant suggestions.

“Discovering a new book is essential to further a love of reading. Working with Bookish, the Library is able to offer our users with a unique resource that supports their interests and fosters the joy of discovery,” said Mary Lee Kennedy, NYPL Chief Library Officer.

Bookish Recommends uses an algorithm that identifies recommended books based on similar characteristics. Unlike recommendations that are based on what other readers are checking out, the Bookish engine matches users to books based on dozens of attributes and filters out irrelevant titles. Users visiting the Library’s online catalog can find recommended books by clicking on a selected title to see a set of related titles that might be of interest.

“Discovering great books on library shelves when I was a kid made me huge reader I am today. So to be able to partner with one of the best libraries in the world to offer the serendipity of book discovery online through Bookish Recommends is a tremendous thrill,” said Joe Regal, CEO of Zola Books. “We are hoping that readers enjoy those unexpected connections that make recommendations so important.”

After examining options to build and license technology for book recommendations, the Library selected Bookish Recommends for its robust and growing breadth of titles. The Library, together with its digital systems partner BiblioCommons than integrated the Bookish application programming interface (API) to include the recommendation database into the online catalog in a matter of weeks.

“The BiblioCommons platform allows libraries to easily integrate content from their preferred providers directly in the catalog,” said Patrick Kennedy, CEO of BiblioCommons. “By using the Bookish Recommendations API, and newly developed logic that filters for titles owned by the library, we’re able to offer the most relevant recommendations possible while maintaining a seamless environment for the patron.”

At the Los Angles Times, Carolyn Kellogg took the system out for a test drive:

“Does it work? Andrew Solomon’s Far from the Tree: Parents, Children and the Search for Identity, brings up Jared Diamond’s The World Until Yesterday, which doesn’t share the topic but is another serious nonfiction book. The next is David Nasaw’s The Patriarch, a biography of Joseph P. Kennedy; it could be said to be a bit like Solomon’s book, in that it deals with parenting, obliquely, although it is more focused on the man. The next is the memoir, Dwarf by Tiffanie DiDonato, which is lighter than the other books but does connect with Solomon’s in a deeper way, in that it’s the story of someone who was different from her parents, which is the specific subject of Far from the Tree.

“By comparison, Amazon’s recommendation engine falls a little flat. Its customers who bought Far from the Tree also bought Solomon’s previous book, The Noonday Demon, in both paperback and hardcover, as well as his novel, A Stone Boat. Anyone online could click on Solomon’s name and see what other books he’d written for themselves. Closer to the mark is Monkey Mind: A Memoir of Anxiety, by Daniel Smith, but it is less connected to Solomon’s new book than to The Noonday Demon, which is about depression.

“As far as this example goes, readers will be well-served by the recommendations Bookish provides on library websites. Zola says it has 780,000 titles in its database and it has figured out how to classify them so the connections make sense.”

But, as Kellogg points out, Zola exists to sell books. And if that’s the case, why provide tools to library borrowers? Kellogg quotes Zola’s Chief Marketing Officer Lynda Radosevich, who said that in a model not being used by the NYPL, “clicks on recommended books point back to book pages on Zola’s Bookish.com and partners earn a revenue share for any sales.”

Try out the system yourself by clicking here.