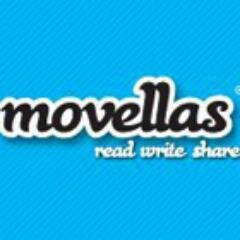 Movellas, a community for teenagers to read, write and share stories launched in 2010, has attracted 200,000 budding literati in the US, UK and Denmark.

Movellas, a creative community for teenagers, is part of a thriving scene in the UK where book publishers are increasingly keen on cooperating with digital outfits in order to address the most prevailing issues facing the industry.

With digital entertainment readily available for teenagers everywhere to use, Movellas, a Copenhagen/London based start-up, seems to have cracked the 21st-century code needed to get the young ones reading and writing. The community platform for everyone to write, read and share stories was set up in Denmark in 2010 by Joram Felbert and Magnus Kvalheim. Further co-founders Per Larson and Yvonne Biggins launched the English-language and global site in early 2012. Now, with eight full-time staff in both cities, Movellas has 200,000 monthly active users across its site and ten free apps. “Our biggest user base is in the USA with 40%, followed by Denmark with 25% and the UK with 15%. Across all geographies, we see growth of 15% per month,” says Biggins.

Although not explicitly launched as a creative community for teenagers only, it is the ages of 13 to 19 who are embracing the opportunity to write stories, chapter by chapter, and share them with a supportive community who reads and comments ferociously. Writers publish on average one to two chapters per week, there are now 85,000 finished stories on the site, 5,000 comments are left and 250,000 stories are being opened every day. Apps are fundamental for the mobile-first company: “Teenagers don’t like e-readers. 85% of our users are mobile users, and they automatically expect to be able to write with the app,” explains former teacher Biggins. Apart from the classic Movellas app there are a number of verticals focusing on genres and fandoms. Fan fiction, not surprisingly, plays a huge role and is encouraged: “When you give teenagers an opportunity to express themselves through something they’re passionate about, this leads to reading other things, too. Our research shows that 40% of fan fiction readers go on to read other genres.”

Apps also figure in Movella’s business model with freemium apps, such as a ‘story games’ one, being in the pipeline for later this year: “85% of our users are also gamers and the generation of digital natives wants to be in control of the story by taking it in different directions. Therefore, we need to combine gaming and storytelling, creating an immersive experience where users can choose at certain points of a story how to proceed.” Another revenue stream comes from sponsorship and sponsored activities. The Sony Young Movellist of the Year competition, for example, saw one young writer win a publishing contract with Random House. Rights come into the equation, too, and a number of ‘Movellians’ have been published, including one 16-year-old author picked up by Penguin from the site. Another treasure that Movellas can offer book publishers is data of which a huge amount is collected on the site.

In January, Movellas received £175,000 from UK social investment fund Nesta which will go towards product development: “We see a shift of teenagers using more Android devices in the UK so as a company previously focusing on iOS we’ll be concentrating on developing our product for Android now.”

Movellas’ ultimate aim? To be the biggest global community for teenage creative talent with a focus on storytelling. This year’s launch of the site in Brazil in partnership with online gaming site Click Jogos, is one step on the way. European countries such as Spain and Germany are schedule to be next.